A record seven new cases have been reported, as reopening and new policies are discussed 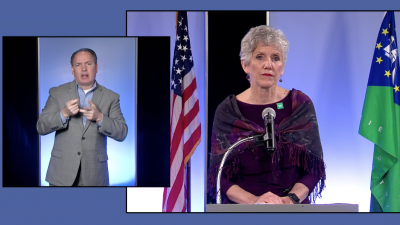 There were seven new confirmed cases of COVID-19 reported in Erie County, bringing the total to 53. There have been 1213 negative tests. This marks the most cases reported in a single day.

As last reported, there have been 22 recoveries from Erie's 53 cases, and no deaths due to COVID-19.

Following the recent order for life-sustaining employees and customers to wear masks, Dahlkemper stated that each business must have their plan for using masks in writing. They do not need to send this plan in (for example, to the County Health Department), but simply have it on hand if our local Environmental Task Force requests it. For help on writing these guidelines, email ecdhinfo@eriecountypa.gov, or call (814) 451-6700.

Dahlkemper asserted that the county is "masking up for recovery," as this is one of the first steps for businesses to reopen. Dahlkemper confirmed that she had reached out to Governor Wolf to be one of the early places to "pilot the reopening of our economy."

Starting Monday, April 20, the county will be temperature-checking all of their employees and requiring everyone to wear a mask.

Dahlkemper announced that "unfortunately, we will also be furloughing our non-essential employees beginning on May 1, and they are being notified of that today." She later noted that approximately 100 employees would be furloughed, with the "vast, vast majority of those in our library system." Furloughed employees will not lose their health benefits, and will be able to pay premiums when they return.

President Judge John J. Trucilla of the Erie County Court of Common Pleas joined Dahlkemper in her address today. He discussed his third Judicial Emergency Order, which will be extended through May 31, this will effectively suspend trials in May.

Nick Warren can be reached at Nick@eriereader.com