Six new cases of COVID-19 were reported in Erie County 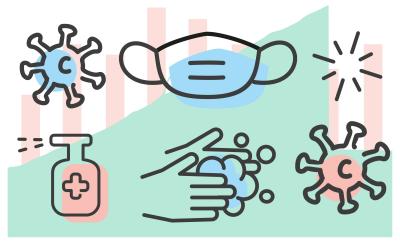 Erie County's cumulative positive case total has more than doubled in six weeks. By our math, there have been 108 new cases reported over the last 14 days, for a ratio of 39 cases per 100,000 people in the last 14 days.

Outside of Erie County's statistics, Pennsylvania, saw 711 additional positive cases reported today, for a total of 101,738, with 2,260 reported over the weekend. The commonwealth's cumulative total eclipsed 100,000 positive cases on July 18. So far, there have been 6,992 deaths statewide, with 26 deaths reported in the last 72 hours. 938,175 Pennsylvanians have tested negative to date (projected to hit the 1,000,000 mark in five days or less), with 38,263 negative tests over the past three days.

If Erie County were to proportionally have as many cases as Pennsylvania, the county's total cases would be roughly 2,187.

There were 175 new positive cases reported in Allegheny County today, for a total of 6,435 cumulative cases (445 over the weekend) and 208 deaths.