by Nick Warren
View ProfileTwitterInstagramRSS Feed
May 19, 2020 at 3:29 PM 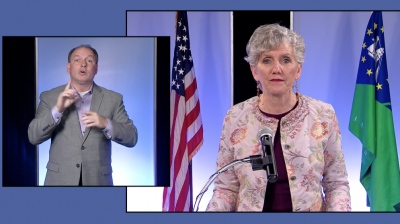 Erie County Executive Kathy Dahlkemper reported that there were two new positive cases of COVID-19 in Erie County since Friday. One of these individuals is in their 20s, and one is in their 50s. One resides in Zone one (the City of Erie), while one is in Zone three (North East, Harborcreek).

The cumulative positive cases for Erie County is now at 145, with 3,278 negatives (with 167 yesterday). There have been 50 new cases in the last 14 days. There have been 120 recoveries to date (14 more than reported yesterday, for a total of 25 current active cases. So far, three Erie County residents have died due to COVID-19.

Dahlkemper was joined today by David George, supervisor of environmental health services at Erie County Department of Health via Zoom.