Bob Chitester: founder and president of Free To Choose Network 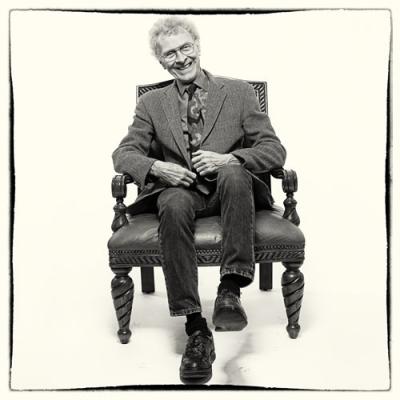 "My obsession is that the best outcome for everyone is when you are free to choose; when government is limited, meaning, there's more range for choosing."

Ed Bernik: You have spent at least 40 years of your career educating people about money. It's an elusive concept that most people really don't understand. What made you decide to take on that responsibility?

Bob Chitester: Most people think of economics as about money, but I've had some success in persuading people otherwise. Economics is just about human behavior and choosing. We make decisions for all kinds of reasons. Why do I exercise? Because I decided it adds to my well being. Other people make the decision to go to the bar, have a few with their buddies, and not be concerned about their fitness; but they're gaining from that experience, and finding some happiness. That's an economic choice because they're deciding between contending opportunities. Contending activities and economics, as a science, is trying to figure out: If you decide "this," what's going to be the outcome? Is there a predictable pattern?

That's what economics is about, and my obsession is that the best outcome for everyone is when you are free to choose; when government is limited, meaning, there's more range for choosing. People don't understand what you're giving up when you ask government – which then makes the choices – to do something.

Take the whole business over VA hospitals: The way it's set up, the veteran has very little choice. Now, money comes into play there because wealthy veterans can say, "I'm not going to go to the VA hospital, I'll go elsewhere because I can afford it."

And that's also one of the reasons why school choice, for example, is so very fundamentally correct; and yet it is being opposed politically by many special interest groups because wealthy people have no problem whatsoever getting their children into the best schools. And it isn't even just the wealthy; if you're middle class and you can move to a house in Millcreek, which you assume has better schools, you should move there. You immediately get the benefit. But if you live in the middle of Erie without the wealth to buy a home in Millcreek, you don't have that choice. School choice says, "Wait a minute: This taxation system is supporting education. You as a parent have X-percentage of the tax money being used to support your child. Here's a voucher for that, which you can use to get into any certified school in Pennsylvania."

That evens the playing field. It is one of the most equality-creating things out there. And yet it is being resisted.

Most people think that the degree that they have to affect society is manifest by their political activity. You hear it all the time: You have a responsibility to vote, everybody should vote, get out and vote. This is a democracy. You can decide how things are going to happen. We're seeing it right now in the campaign. The candidates are saying, "We can solve your problems." So people get focused on voting once or twice a year at most, often only once every four years for a presidential campaign.

You and I voted this morning, probably six to a dozen times. Those votes had more impact on what our future and the future of this nation will be than any of the votes we will cast this fall.

But you and I voted this morning, probably six to a dozen times. Those votes had more impact on what our future and the future of this nation will be than any of the votes we will cast this fall. We voted whether we were going to have oatmeal or corn flakes for breakfast. We voted whether we were going to drive a Prius or an SUV. All these things are votes and people don't see that. I open my eyes to that and I go around just astonished to watch what people are doing.

But here's another critical point: No individual should judge another's behavior. Choosing is part of economics. If someone wants to have ribs every night, followed up with a rich dessert, it's obvious they're weighing or including in the price the pleasure they get out of going to the bar with their friends and eating those really yummy ribs against the fact that later they're feeling terrible. They'll pop a couple antacids and it will all go away. To the degree that this has long-term medical consequences, that's a difficult one because the human being has real difficulty forecasting results 30 years out. That is a cost you don't feel, so your current behavior is based on short-term cause and effect. The long-term effect is: You abuse your stomach and intestines enough, they start to have serious problems. You don't add that into your cost until it's too late.

If only everybody would start to think consciously about the choices they're making, what the outcomes are, either short-term or long-term. Why do you go home at night and have to take antacids? Because you made a choice. How many times do you have to go through that agony before you say, "Maybe If I changed what I did at the beginning, I wouldn't have to go through that again and again."

I hope that has opened your eyes to looking at the world in a way you haven't thought of before.