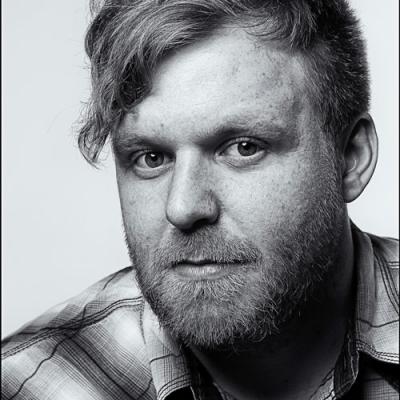 "Right from the start I wanted to be a guy telling stories with a guitar."

Ed Bernik: On your website, I saw you were born in Texas, and immediately thought of troubadours like Townes Van Zandt. Did you always want to do your own music?

Tyler Smilo: I must have listened to Dylan's The Times They Are a-Changin' a thousand times. I wanted to do what he was doing. I took the album to my guitar teacher and he said, "Why would you want to play that? He's a crappy player!" So I quit guitar lessons. Right from the start I wanted to be a guy telling stories with a guitar.

EB: When you write, do you do it for yourself or are you thinking, I have to write a hit for a producer or A&R guy?

TS: Not at all. I usually come up with a melody first. Then I'll come up with a line or two. Sometimes in writing you exaggerate a feeling you had or are currently having. For "Super Honest" I came up with a couple lines for the melody and then spun the song from that.

EB: How long does it take you to craft a song?

TS: I'll write the bones of a song in 20-25 minutes. Melodies and words come very quickly for me. I have to jot them down immediately or there are thousands of songs that I forget. As I progress with the songs, they evolve. But I'll take a song to the stage or studio even if it's not finished.

EB: One of the things that impressed me most when I saw you play live was that you weren't going through the motions; you where going through the emotions. You sing from the heart. Whom do your stories address?

TS: I come from a history of drug abuse. I was a heroin addict. I've been clean for six years. I write a lot for myself. Some of the lyrics, I'll admit, are wrapped around me and pretty selfish, but I went through a dark time and the music has been like medicine to me. When I first started it was so honest for me that it was almost embarrassing to play. Over time, people began to like it and I lost the shyness of playing. The more honest I am, the more they like it. Whether they buy [my music] or see me live, that's a blessing. Writing is like therapy. I've had people say, "Write a song about _______," but it doesn't work that way for me. It has to be something that's eating away at me.

EB: That's pretty heavy stuff. We can end the interview right now! [laughs] Everybody loves to put a label on things; where do you see yourself in contemporary American music?

TS: I think I'm American folk, a songwriter tradition with lots of influences: bluegrass to indie to pop. I think my music's best experienced in a sit-down environment, focused on talking about the songs. I play a lot of bars, dinner hours. I love them but I always feel just a little out of place. If I was doing Cat Stevens, it would be okay; but when you're doing your own music, you want to have the audience be able to wrap their heads around it. I'd love to do venues like the Warner Theatre.

EB: Talk to me a little bit about your new band, Smilo & the Ghost. How do you direct others to play your music?

I have a set sound in my head but I'm very bad at explaining it, so it can be a confusing and irritating process for everybody. But I'm getting better at getting out of somebody else what a song calls for. It's a hard thing to do: asking somebody to play something a little more like a river.

TS: I have a set sound in my head but I'm very bad at explaining it, so it can be a confusing and irritating process for everybody. But I'm getting better at getting out of somebody else what a song calls for. It's a hard thing to do: asking somebody to play something a little more like a river. Solo has always been a go-to for me, much easier. Bands have to be much more organized and thought out. For my stuff, I want a much more solid design; foundation if you will. I want the same song every time. It takes a little work.

EB: What do you think is going to happen to you 10 years down the road?

TS: I've actually just signed with a record label called Lavery Road Records, out of Wilmington, North Carolina. It's not a big label like Columbia, but they're very smart guys who believe in what I'm doing, and I believe in what they're doing. I'm interested in seeing where they help me go. In 10 years, I'd like to be on the road, selling records and able to live off of it. I feel with the right time, focus, and people behind me I could do this. I'm dedicating myself to it. So in 10 years, I'm going to either be broke and singing songs or have a little bit of money and singing songs.

EB: Any time you're involved in the arts as a career, it's a crapshoot. I tell people, every nail in my house is a photo I took for someone.

by Nick Warren5/22/2019, 1:15 PM
Organized by musician Zack Orr, this series features a well-curated array of both local and out-of-town talent on the brewery's outdoor patio.