Number of arrests, guns confiscated rise sharply during the first six months of 2014 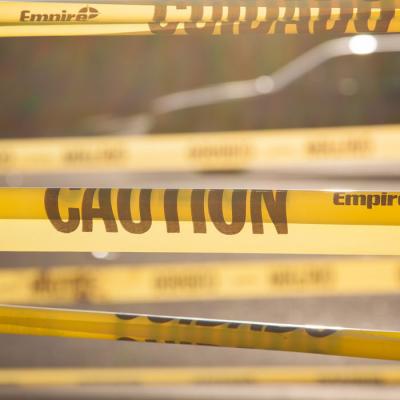 Erie police have recovered more than twice as many guns and made nearly 50 percent more gun-related arrests during the first six months of 2014 than they did during the same timeframe in 2013.

Those were among the key numbers police Chief Randy Bowers and Mayor Joe Sinnott revealed during a news conference held Wednesday at City Hall to let the community know how recent initiatives launched to curb gun-related violence are faring.

But Bowers admitted later that it's hard to say whether the numbers indicate more people are using more guns, or that the police – armed with additional manpower made available a little more than a month ago -- are simply doing a better job of solving gun-related crimes and taking guns off the street in the process.

Still, the numbers are at least an indication that initiatives launched in early May are having some impact in the community. On May 1, Sinnott and Bowers announced plans to put more officers to work battling gun-related crimes. Several steps were taken, including adding one officer each to the force's Neighborhood Action Team and the Saturation Patrol Unit.

Bowers said he can take those two special units and strategically place them to patrol certain areas "depending on where we think they can be effective."

Bowers said he believes the additional person on each unit has made a difference.

"We see that we've made substantial progress," Bowers said, "and we'll continue with these efforts."

Of the 105 guns recovered during the first six months of the year, 90 were handguns, eight were shotguns and seven were rifles.

Both Bowers and Sinnott commended the efforts of the local police and also thanked the public for its cooperation and positive feedback.

"We can't make everybody happy all the time," Bowers said. "But I think what the community wants to know from us is, what are you doing about crime on the streets? And that's why when the mayor and I talked, we felt it was appropriate to show people these aren't just arrests – these all involve guns and that's our main problem."

Sinnott said he's gotten a lot of positive feedback on the heightened patrols and the work the police have been doing with the chronic violent offenders in the neighborhoods.

"People seem to be more comfortable than they were before we announced some of the alterations to the special operations," he said. "Now they know the different things that we're doing and they know there are more officers out there specifically targeting these types of crimes and it's giving them a better sense of what's going on throughout the community."

Bowers said by no means is the battle against gun violence over in Erie. "We know it's not the end of the road here," he said. "It's an ongoing problem and we will continue to combat it with methods that we know are effective."

Bowers said he hopes that follow-up investigations into crimes like a recent home invasion incident might be able to tie arrests and confiscated guns back to incidents that occurred earlier but were never solved.

As for assessing the effectiveness of the manpower allocation changes made at the beginning of May, Sinnott pointed to photos of the 56 people arrested on gun-related charges and said "this is how we assess it.

"We're moving quickly, we're solving them quickly and that's really our goal," he said. "We want to get these things resolved quickly and get these folks off the streets."