by Nick Warren
View ProfileTwitterInstagramRSS Feed
August 14, 2019 at 8:45 AM 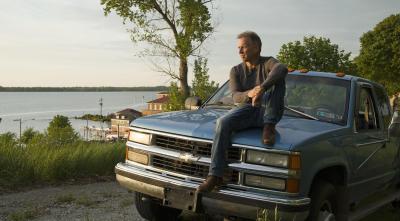 "Sure does look cold out there." That was one of the first impressions Glenn Stearns had while flying into Erie. "It's going to be an adventure," he quickly added. Stearns is the star of the new Discovery Channel reality series, Undercover Billionaire, and it's all set in Erie, Pa. The first episode, "Million Dollar Bet" premiered Tuesday, Aug. 6 at 10 p.m. The first season is set to run for eight hour-long episodes.

Stearns is the titular billionaire of the show, though, during his time in town, he went by the moniker "Glenn Bryant." The premise is this: a wealthy self-made entrepreneur gets dropped off in a typical American city with only $100 and none of his personal connections, and must build a million-dollar business in 90 days. If he fails to do so, he'll have to pump up to one million dollars of his own money into the business — ergo the initial episode's title. Through gumption and creative thinking, he'll use what he's learned to parlay his starting sum into a valuation 10,000 times greater than its original.

A recipient of the esteemed Horatio Alger Award in 2011, the 56-year-old businessman and survivor of throat cancer founded Stearns Lending and also heads up Anivive Life Science, as well as several holding companies. At the start of the show, his net worth was valued at $2.2 billion. The dyslexic son of alcoholic parents, he was no stranger to hardships growing up, becoming a father at the age of 14. He founded Stearns Lending as a mortgage company in 1989; though the company filed for bankruptcy this July due to rising interest rates, it remains one of the largest privately held lenders in America.

To some, the show's story is a shining real-life exercise in American Exceptionalism, underscored by the pretense that someone, with hard work and the right know-how, can succeed in pulling themselves up by their bootstraps to make it in this economy (and what's the worst that could happen with a reality TV series centered around a billionaire, anyway?). In short, it's a take on "The American Dream," which not-so-coincidentally served as the working title for the show while it was being shopped around as early as 2017. The producers of the show reached out to The Greater Erie Film Office (GEFO) about setting the show here, with individuals like Stewart Nash helping to secure its production in Erie. "As director of GEFO, I continue to improve and share film production opportunities in Erie; it has been a personal mission of mine for the past six years," Nash explained. According to a statement from the GEFO, the project has injected an estimated $5 million into the Erie economy over a three-month span, factoring in the visiting crew of 25 and 10 local student hires (three of which are now working on other national productions). "I am always happy to be involved with projects that have beneficial returns for Erie" he noted. "We struck gold with Undercover Billionaire and with continued support, we will do it again when given the opportunity."

The show takes Stearns from Miami to the Venango Regional Airport and gives him a blue Chevrolet truck. In March, he arrives in Erie and sets his opening goal of just getting enough money to survive for three months, which he estimates at $3,300. He sleeps by the Bicentennial Tower, getting a room one night at the Thunderbird Motel. He scours Craigslist and starts searching for tires to sell. He volunteers with the Sisters of St. Joseph Neighborhood Network at the soup kitchen at St. Paul's Lutheran Church. He talks to Lake Erie Rubber and unsuccessfully tries to sell dog toys in Larry R. Fabrizi Dog Park. One of the most significant events is Stearns' team-up with RJ Messenger, of Iron Empire Clothing. A captivating television presence, Messenger proves to be a perfect partner for Stearns, just as eager to teach him screenprinting as he is to sell marked-up St. Patrick's Day souvenirs.

What was not directly revealed in the opening episode is the show's most visible impact on the Erie community: Underdog BBQ. As hinted at in the teaser for the season to come, Stearns partners up with a local team to help run the restaurant, which is located at 3040 W. Lake Rd. (formerly home to The Club, The Presque Isle Grill, and Breakwater Restaurant). Opening its doors on Friday, June 21, Underdog has continued to generate a groundswell of public interest, especially as rumors of its involvement with the show became a well-known public secret. Many Erieites noticed the large camera crews on hand for this year's Ribfest, where they took first place overall in the ribs for juniors category and tied for first place for best ribs overall. After articles about the show started circulating in early July, Bryant's cover was pretty much blown.

Much like the Hawthorne Effect (or similarly, the Observer effect) subjects being filmed are aware that they're being filmed. Simply having the professional camera crew is difficult not to notice, and Stearns and company concocted a slightly more vague premise for the "documentary" they were shooting, centered around Glenn Bryant's late-in-life entrepreneurism in order to slow down questions. Though they knew they weren't giving everyone the whole story, they wanted to keep to the spirit of their synopsis. This was met with levels of vocal criticism, especially leading up to the show's premiere.

The production of Undercover Billionaire is what you would expect from a national-level program, quick edits, beautiful aerial footage, and a fast-paced narrative that's easy to watch. For the average viewer, the weight of the show will rest on Stearns himself, a charismatic and charming presence, unflappable and grateful even during the bleakest moments. It's that gratitude that Erie audiences will find to be a key, as this show doesn't condescend to the city or its people, who often find themselves playing defense to perpetual negativity. Fittingly, ours does tend to be an underdog story.

Nick Warren is barely an above-cover thousandaire and can be reached at nick@eriereader.com. Undercover Billionaire airs on Tuesday nights at 10 p.m. on the Discovery Channel and is viewable online at go.discovery.com/tv-shows/undercover-billionaire