A gritty, gorgeous film and a talented local fillmaker -- all in one night at one place.

by Alex Bieler
View ProfileFacebookTwitterInstagramGoogle+RSS Feed
July 23, 2014 at 8:00 AM 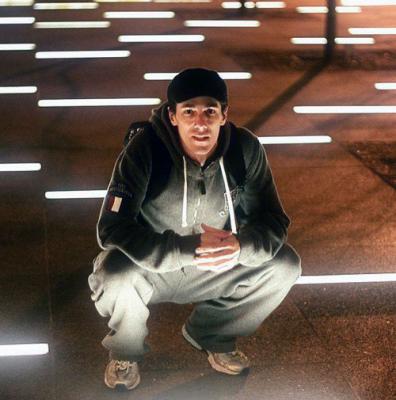 Since its inception in 2012, FILM at the Erie Art Museum has been exposing Erieites to exciting filmmakers both new and old. The ongoing cinematic series will showcase two more dazzling directors Wednesday, July 23 when it presents Lotfy Nathan's 12 O'Clock Boys along with a special selection of short films and music videos from local filmmaker Howie Glover.

If you checked out the previous issue of the Reader, you very well might recognize Glover. The recent cover subject went from being a tough kid from Brooklyn to a digital dreamer, and his impressive range will be on display to start off FILM tonight, with a Q&A session with the man himself to follow. After Glover's cinematic experience, Nathan's documentary 12 O'Clock Boys will present the real story of a young boy from Baltimore finding a connection with a group of illegal dirt bike riders, despite efforts by the local authorities to prevent the thrill rides of the adrenaline enthusiasts.

In addition to providing visual pleasures, FILM will pair the cinematic duo of Glover and Nathan with the excellent craft brews of Lavery Brewing Company, which will provide tastings in the hour leading up to Glover's showcase, adding another local twist on the latest edition of FILM at the Erie Art Museum. — Alex Bieler