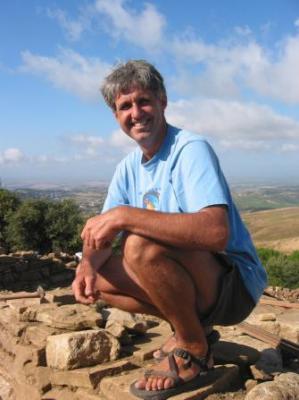 The Jefferson Educational Society's Global Summit speaker series starts tonight. If you haven't seen my preview of the whole Global Summit series, check it out already!

What: "The Future of Humanity"

Why: Morris is a professor of Classics at Stanford University, and is an expert on ancient Greece. He turned to Archaelogy only after his career as a heavy metal guitarist fizzled out. His book, Why the West Rules...For Now, has won near universal praise for its explanation of how the West came to dominate the globe, and why that's likely to change. The CIA invited Morris to speak to the agency about his predictions for the world's future.

The praise: "A British-born archaeologist, classicist and historian now at Stanford University, Morris is the historians' equivalent of those physicists who search for a still elusive unified field theory....Morris is a lucid thinker and a fine writer. He uses a minimum of academic jargon and is possessed of a welcome sense of humor that helps him guide us through this grand game of history as if he were an erudite sportscaster."

Who hates him? White supremacists. Why? Morris denied DNA had anything to do with European dominance. "[B]ooks like [Morris'] Why the West Rules…For Now are the inevitable result of the successful establishment of a perverted system of incentives in the world of academia that rewards White scholars like Morris who harm the interests of their own people."

by Jonathan Burdick2/12/2020, 1:15 PM
How Erie's hub for black musicians thrived amidst adversity

by Cara Suppa1/1/2020, 1:00 PM
A darkly hilarious subversion of the genial Walt Disney persona, where Disney's innovation and peerless commitment to dream-building is actually the twisted realization of a man's hyper-enlarged ego