Going Around the Horn with Jimmy Pardo

Enjoy some of the finest stand-up comedy you can get with Jimmy Pardo.

by Nick Warren
View ProfileTwitterInstagramRSS Feed
November 22, 2017 at 11:30 AM 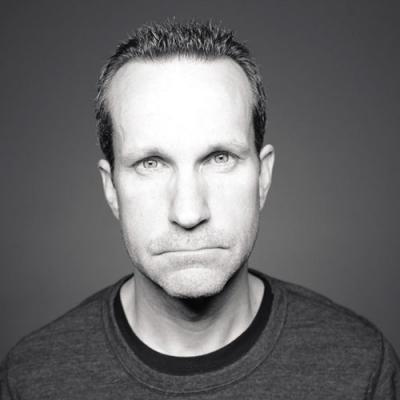 To those in the know, Jimmy Pardo is easily one of the most highly-regarded comedians in the business. After listening to him speak for a few minutes, it's simple to see why. His lightning-fast delivery and quick-wittedness set him in an entirely different comedic league.

This will be the third time Pardo has performed in Erie. Relentlessly touring small and mid-sized rooms all over the country, Pardo's work ethic is something to behold. In addition to being a steadily working club comedian, he has one of the most successful and longest-running podcasts in the world, Never Not Funny. Beginning in 2006, his show was one of the earliest podcasts to be sent out over the internet and find footing with fans. The show regularly features guests like Comedy Bang Bang's Scott Aukerman, Spontaneanation's Paul F. Tompkins, and Review's Andy Daly. Whether by playing 20 questions to determine celebrity sightings, or putting money on bets against each other, Pardo and his crew have filled 20 seasons worth of material, and show no signs of slowing down. In fact, he recently debuted another podcast, a pop-culture trivia show called Playing Games With Jimmy Pardo.

If that weren't enough, during the week, Pardo also serves as the warm up comedian for Conan O'Brien. Prior to the show's filming, he interacts with the studio audience to get them ready for the show. A true master of "crowdwork," Pardo delivers rapid-fire laughs to the crowd by asking audience members questions and engaging in a quick back-and-forth.

So bring along your ladyfriend or gentleman caller, and enjoy some of the finest standing-up comedy you can get. — Nick Warren