How to Do Diplomacy Right

The diplomatic solution to the Syria crisis might have been clumsy or lucky or made Russia look good, but who cares? It works. 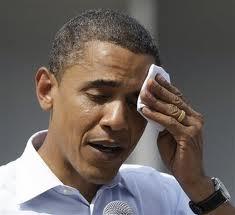 While the deal will probably prove difficult to implement and assure that it's done correctly, it's a big step over the alternative. After all, a military strike would not have guaranteed Syria would have stopped using chemical weapons. And it might have had worse consequences: deeper entanglement in the Syrian civil war, say, or untold influence in the conflict.

There's been criticism that, in the deal, Russia and Vladimir Putin ran circles around President Obama. Here's the Weekly Standard:

"The only reason why we are seeing this proposal," said White House spokesman Jay Carney, "is because of the U.S. threat of military action."

Right, Putin is laughing to himself. Whatever. If Obama wants to sell it like a Christmas miracle on Pennsylvania Avenue that's fine with Putin, because Putin won.

That might be so. Certainly Putin's New York Times op-ed sounded like the braggadocio of a sore winner, riddled as it was with hyperbole, lies, and an announced challenge to U.S. dominance.

Other critics are calling President Obama lucky or clumsy in stumbling onto a Syria solution. Steve Chapman, writing for the libertarian online magazine, Reason.com, sums it up thusly:

In assessing the feasibility and probability of Russia's proposal to secure Bashar al-Assad's chemical weapons, one overlooked factor should be paramount in our minds: Barack Obama is the luckiest politician on the face of the planet. If he were tied to a railroad track, the train would levitate and pass harmlessly over him. He's always the windshield, never the bug.

Others discount luck, and note that it's all part of Obama's diplomatic genius:

I've heard a couple of rumors lately that John Kerry's "off the cuff" remark about Assad giving up his chemical weapons wasn't unintended at all. In fact, he was authorized by the White House to bring it up when an opportunity presented itself, and that opportunity came last Monday. Kerry's actual choice of words may have been a little awkward, but it was no accident. Putin expected it; Kerry knew what he was doing; Lavrov called to coordinate a few hours afterward; and the Russians then made their proposal. But this has all been kept under strict lock and key because the whole point was to make this a Putin initiative, one that he'd have ownership of. If it's his baby, he'll fight for it instead of coming up with endless reasons to nitpick an American proposal to death.

Certainly, the assessment of Obama follows political persuasion. But that's not new. Obama's biggest obstacle to peace was not Russia or Syria or the UN, but Republicans House members.

Whatever. President Obama got into a difficult political situation over Syria, with no apparent escape route. And now...well...all that's changed. Now there's a better outcome to the whole mess than anyone could have imagined. And it happened because the Obama administration's first and only impulse wasn't military force. Obama waited. Good things followed.

"I'm less concerned about style points," said President Obama in an interview with George Stephanopoulos. "I'm much more concerned with getting the policy right."

Isn't that a nice change of pace?