'All across the nation, such a strange vibration ...' 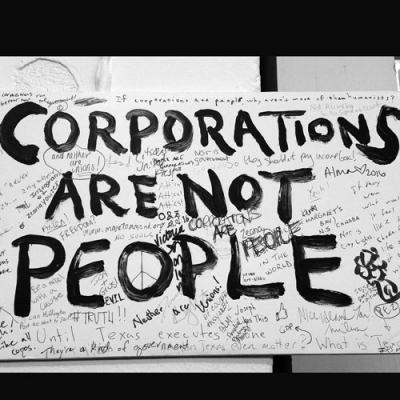 It's an October Tuesday night in San Francisco, three weeks before the election that has many of us pretty exhausted, regardless of where we fall on the blue-red spectrum.

I'm at the back of a standing-room-only crowd in City Lights Bookstore, which still thrives in North Beach where Lawrence Ferlinghetti cofounded it in 1953.

Public performances featuring everything from Beat bards to bare breasts were born in North Beach (though the writers who made this district famous couldn't even touch rent here today). But tonight's speaker is a different kind of writer: Ralph Nader. City Lights published Nader's new book, Breaking Through Power: It's Easier Than We Think.

Many still dismiss Nader as that guy who made Gore lose in 2000. We love a scapegoat. And as it's wont to be, the internet is flush with claims either condemning or defending Nader in this regard. They commonly lack nuance, reading more like the sound-byte-ready, unsupported, overly-simplified arguments trotted out in what passes for modern debate.

But the best of these analyses – from both angles – reveal often-ignored flaws in our faulty electoral system, which leave the ideals of democracy hanging by a thread.

Nader is here to remind us that we are that thread.

It's disheartening that Nader is perhaps best known in the context of Bush's convoluted win. Widely referred to as the father of the consumer protection movement, Nader has devoted his life to what he's called "the prevention of cruelty to humans," according to Mark Green in The Nation. Nader famously described his mission as "nothing less than the qualitative reform of the industrial revolution."

Though he's 82 years old, Nader shows no sign of slowing down his efforts to wake Americans up – to the ways corporations strangle our democracy, and to the potential power We the People hold, no matter how disenfranchised we feel.

At City Lights, he reminds us that major reforms have come from the galvanizing efforts of regular people. He says he's spoken privately with senators and congresspeople, who admit to voting against their ideals just to "get lobbyists off their backs."

But, he assures us, those same leaders truly worry that the people – you and me and everyone we know – will wake up and become the ones "on their backs." He encourages us to organize, even at the neighborhood level, and to let leaders know we're watching.

"Changes for a better society often start with the power structures sensing a growing rumble from the people," Nader writes in Breaking Through Power. "What makes up this rumble are the rising sounds of people expressing themselves about how they and their families, co-workers, loved ones, friends, and communities are being abused or neglected. That is, they begin forging a sense of solidarity around mutual indignation against injustices no one should have to tolerate.

"The people of this country must learn to feel comfortable making demands, because by their own recognition, they need – and deserve – so much more for their families and their communities," Nader continues. "Most people have earned far more than they have actually received."

He adds, "Sure, many Americans feel powerless in the public arena; they can become cynical and withdraw. As Pulitzer Prize-winning author Alice Walker has said, 'The most common way people give up their power is by thinking they don't have any.' If things were otherwise, I wouldn't be writing this small book to advocate that it is easier than people think to turn this country around."

I'll admit it: I've been inclined toward cynicism more than usual. I've uttered snarky sentiments and harbored despairing thoughts, and I've longed for the naive form of political enthusiasm and superficial patriotism I once embodied. It was a little uninformed, but it surely wasn't hopeless.

So what moved me most about hearing Nader was this: He surely has more reason to become jaded than most anyone I can imagine. He's widely credited with numerous reforms that have made consumer life in America infinitely more just. But so many of his ideals haven't materialized. So much of American democracy has been compromised. So many Americans have given up on the average citizen's ability to effect change.

But not Nader. And if this octogenarian gadfly hasn't folded to cynicism, why should we?

Elections get all of the attention, but it's what happens between them that counts.

And regardless of how this election goes – national, state, or local – we all need to keep watching. Our leaders must be examined and pressured and influenced and swayed; not by corporations, not by lobbyists, not by mainstream media, but by us.