Laura Jane Grace and the Devouring Mothers // Bought to Rot 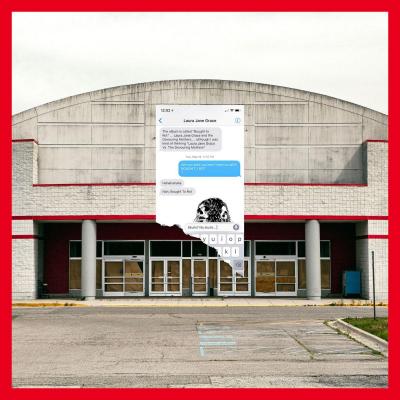 So why exactly is Laura Jane Grace not making another Against Me! record? Since the earliest days of band's inception in 1997 until present, Grace was the band. Her personal perspective and unflinchingly honest lyrics tracked a journey from a Gainesville anarchist folk-punk pioneer to one of the best-known trans figures of our day (living in Chicago and generally favoring an electric rock sound to boot). Heavy is the mantle of Against Me! Fans have come to expect a certain voice for the band, and Grace has many voices that don't necessarily belong in the AM! canon. The same thing happened a decade ago when she — still going by her birth-name, Tom Gabel — released the Heart Burns EP. This record is similar, with a few standout moments, but mostly feels like a recorded compilation of b-sides. The biting humor of "I Hate Chicago" is pure As The Eternal Cowboy stream-of-consciousness glory, and probably the best song on the album. Five of the album's 14 tracks follow the naming convention "The ___ Song," the catchiest being "The Airplane Song." The tone of the record most closely resembled 2011's White Crosses, filled with midtempo, unspecific, and underappreciated tracks. — Nick Warren