An important ruling is expected from SCOTUS on marriage inequality soon. 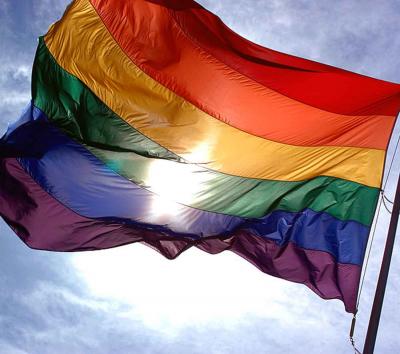 March 26 and 27, 2013 were important days for the LGBT community. The Supreme Court of the United States heard oral arguments for two major cases about same-sex marriage. On Tuesday, March 26, the Supreme Court heard the case to overturn Proposition 8 (or Prop 8)—the California voters' ban on same-sex marriage, a ban which took away existing legal marriage rights in California. On Wednesday, March 27, the Supreme Court heard the case to render article three of the federal Defense of Marriage Act (DOMA) unconstitutional—a section of the law that forbids federal recognition of same-sex legal marriages.

We won't know how the Supreme Court will rule on marriage equality until sometime in June, which—coincidentally, or ironically, depending on the verdict—is the annual month-long celebration of "Gay Pride" world-wide. Many of us in the LGBT community want the Supreme Court to make a sweeping ruling in favor of equality, as it did in 1967 with Loving vs. Georgia. In that case, state bans on interracial marriages were overturned. Likewise, my hope is that the Supreme Court will finally ensure the uniformity of legal marriage rights (throughout all the states, 31 of which ban same-sex marriage—and in other states, like Pennsylvania, it would grant legal rights where none are currently unavailable). The reasoning: marriage equality is about protecting personal liberty and equal protection under the law—principles that are deeply part of the great American experiment to form "a more perfect Union."

But these are not just matters for lawyers and upper officers of government. The status quo of "marriage inequality" for LGBT people, here in Erie, is a local concern.  Namely, same-sex couples (like my partner and I) are denied the legal right to walk into the Courthouse on Sixth Street to apply for a marriage license and receive its benefits.

"Marriage inequality" means that same-sex couples in Erie have to work through lawyers to draft a stack of legal documents to cover everyday protections like property-ownership, inheritance, child custody, insurance coverage, visitation rights, and/or tax benefits. For example, when same-sex couples leave property to one another after death, the surviving partner has to pay (as it has happened in Erie) tens of thousands of dollars for property already shared—because in the eyes of the government, a same-sex couple might as well be strangers, or roommates.

In fact, according to the General Accounting Office of the United States, "marriage inequality" means that same-sex couples are denied 1,110 federal benefits that straight married couples receive. "Marriage inequality" also means that LGBT couples in Erie are not allowed the hundreds of state benefits that the Commonwealth of Pennsylvania enumerates.

It is important for us to recognize, then, that "civil marriage" is a matter of legal "rights." The call for marriage equality is about access to those "rights." It should not be confused with marriage "rites" defined by religious communities. Indeed, as a clergyperson, I know this distinction well.

As a pastor, I am free to deny anyone the religious "rite" of marriage. In fact, I'm quite sure that we could find at least a few heterosexual couples in Erie who have been denied marriage "rites" by a priest or a pastor.

But that has not stopped the same heterosexual couple from going to the courthouse and getting legally married. And if the priest or pastor tried to forbid a legal marriage of heterosexual adults on religious grounds (e.g., because they use contraception, or they don't believe in the "sacrament" of marriage), we'd hardly consider those religious concerns a valid reason to deny the couple legal marriage.

To that end, we all already know – quite well – that religious perspectives on marriage "rites" have no bearing on access to legal marriage "rights." That's not a slippery slope, it's the law.

All a heterosexual couple is asked, by the law, is to show identification as proof that they are of sound age. They then fill out appropriate forms and pay $45 for the marriage license. A few days later, they may request a justice of the peace, or a virtual notary of the state – like a clergyperson or a ship's captain – to sign the document. Once the signed license is deposited back at the Erie Courthouse, the couple will receive notification within a week that Pennsylvania now recognizes them as a new legal entity, with all the "rights" entailed.

And yet, when same-sex couples ask for civil marriage "rights," we are often scrutinized by religious or "moral" standards, not civil ones. For example, we are dismissed because we cannot biologically generate a child together—and yet, that is not something required of civil marriage. Or, we are condemned on the basis of what we do in the bedroom, as a matter of personal intimate expression—and yet straight people are free to pursue any kind of fetish or kink.

The list, of course, goes on. The point is that we LGBT people are treated remarkably "unequal" under the law.

Even so, I trust that we are a people (LGBT and straight) who can repair this inequality. But it will take the courage and conviction of all of us, especially straight allies, in order to arrive at the day when marriage equality is the law of the land. That will happen. And when it does, I trust that history will remember us overcoming such inequality as one part of the great American experiment, to make a more perfect Union.