With the defeat of DOMA, gay marriage still faces challenges at the state level. 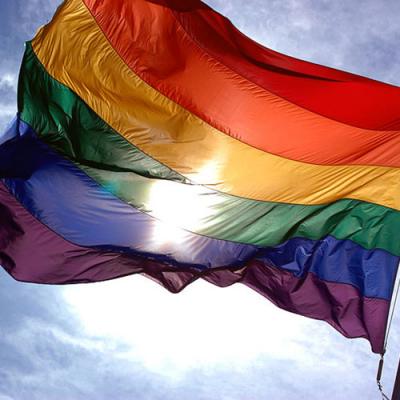 Just two months ago I wrote about the need for marriage equality for same-sex couples, not only in Pennsylvania, but across the United States as a whole. When I wrote that article, the nation was waiting for the Supreme Court of the United States to rule on two important cases. The first case: about the constitutionality of Proposition 8, a 2008 California voter ban on same-sex marriage — which took away existing marriage rights for LGBT people in that state. The second case: a challenge to the Defense of Marriage Act (DOMA) — a law that prohibited the federal government from recognizing any state civil marriages extended to same-sex couples.

On June 26, the Supreme Court ruled in such a way that marriage equality resumed in the State of California, and the prohibition against federal recognition of same-sex marriage was struck down.

The importance of this is not to be understated. California is the most populated state in the Union, which means that 38 million people —gay and straight — came under the umbrella of marriage equality virtually overnight. And with the defeat of DOMA, same-sex couples that get married in California not only receive the state's marriage rights — its tax benefits, inheritance rights, and hundreds of other privileges awarded to married couples — they also receive the rights and privileges extended by the federal government to married couples. What's more, DOMA's demise means that same-sex couples who are married in the other states where same-sex marriage is legal — Connecticut, Delaware, Iowa, Maine, Maryland, Massachusetts, Minnesota, New Hampshire, New York, Rhode Island, Vermont, Washington, and Washington D.C. — will also receive the same marriage benefits from the federal government, which is to say, gay and straight couples in these states will now be treated equally under the law. That is a very good thing.

However, DOMA is not entirely dead – at least, not yet. In the recent Supreme Court ruling, only Section 3 of DOMA was struck down. Section 3 prevented the federal government from recognizing the legal marriages of same-sex couples, as issued by the states. But Section 2 of DOMA is still in effect. That provision says that states where same-sex marriage is not legal are not obligated to recognize the legal same-sex marriages of other states. That means my partner and I can drive twenty minutes to the State of New York, get legally married, return to Erie, and technically be "single" in the eyes of state law – and if single according to Pennsylvania state law, it's currently not clear if the federal government would recognize our marriage license from New York, and it's also not clear if we would enjoy the benefits the federal government grants to married couples.

While marriage equality came to many LGBT people in the United States on June 26, it did not come to all.

If life is like a superhero movie, the good guys just won a big battle, but the final showdown is yet to come. Thankfully, we have a few heroes right here in Pennsylvania. For example, our first openly gay state representative, Brian Sims, is working in Harrisburg to get marriage equality legislation passed. Also, the American Civil Liberties Union (ACLU) has also announced that it is suing Pennsylvania for discriminating against same-sex couples.

So, if marriage legislation is stalled in Harrisburg, Pennsylvanians still have hope that the courts will recognize the current injustice and rule it unconstitutional. What has made the ACLU's lawsuit all the more exciting, is that Pennsylvania's Attorney General, Kathleen Kane, has refused to defend the state's current discriminatory marriage laws.

There may even come a time when Section 2 of DOMA is struck down. For example, a same-sex couple married in Iowa cannot move to a state like Pennsylvania, because they would lose all the legal protections afforded by the civil marriage laws of Iowa and the federal government. That would violate their constitutional rights. In particular, it would violate Article Four of the U.S. Constitution, which states that "full faith and credit shall be given in each state to the public acts, records, and judicial proceedings of every other state." In other words, what one state grants legally to their citizenry, other states must also honor.

But in order for that to happen, we will need a brave couple to stand up and let their marriage be examined and critiqued on a national platform, so that the Supreme Court might once again have the opportunity to steer our Union toward a greater realization of liberty and equality.

That day will come. The only question we in Erie need to ask is how each one of us will actually help to make it so.