Listen to Sufjan Stevens' First Single off of Carrie & Lowell

The singer-songwriter returns to his folk roots on the lovely mew single "No Shade in the Shadow of the Cross." 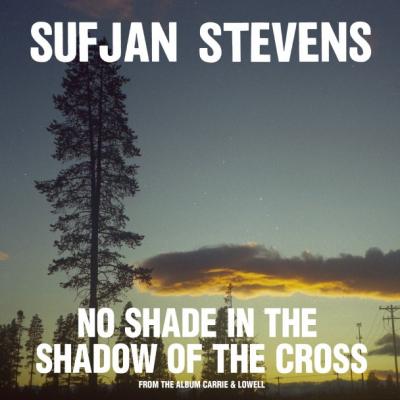 It's been a while since Sufjan Stevens has been in folk mode. The singer/songwriter cast off his angelic wings when he recorded The Age of Adz, his experimental electronic album back in 2010. In fact, it's been almost a decade since Stevens' superb Illinois, an album that marked the multi-instrumentalist as one of the nation's premier songwriting talents.

Fans of Stevens were ecstatic to hear that the artist would release a new album in 2015, with Carrie & Lowell dropping March 31 via his Asthmatic Kitty label. Judging by the recently released lead single "No Shade in the Shadow of the Cross," the record is very much the return to Stevens' folk roots that the album's press release promised, and boy is it a stunner.

Not only does "No Shade in the Shadow of the Cross" hearken back to days of Stevens' past, it strips down the bombast and celebration of some of Illinois in favor of the gentle pluckings of 2004's Seven Swans. This new single, however, is decidedly more lo-fi, as you can even hear the hum and occasional rattle of Stevens' air conditioner in the background, adding an oddly soothing effect to the song.

Stevens named the Carrie & Lowell after his mother and stepfather, and much of the material can be traced directly to the formers' death following struggles with schizophrenia, depression, and substance abuse. "No Shade in the Shadow of the Cross" is certainly not a happy track, nor does it sound like the rest of the album will be very upbeat, but Stevens' uses the emotional turmoil to create something therapeutic. Whether it's the experience or simply general aging - it's weird to think that Stevens is almost 40 - this single presents a weathered version of the boyish songwriter we've come to know.

Check out "No Shade in the Shadow of the Cross" below, with a single f-bomb warning for those averse to such things.