Christian metal band War of Ages is returning to their hometown 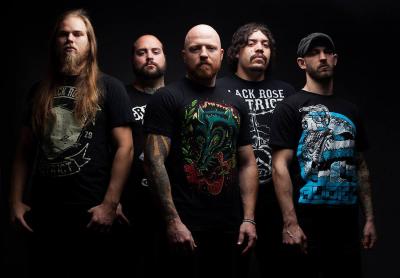 Contributed Photo
Christian heavy metal band War of Ages remain one of the Erie underground sceneu2019s most resounding success stories, with eight albums and an international fan base.

Christian metal band War of Ages is returning to their hometown, when they make Basement Transmissions the final stop on their "Alpha Tour".

Arguably the most successful band to break out of the Erie underground music scene, War of Ages has maintained a highly active touring schedule, and fostered a strong international fan base, but always makes sure to come back and pay respects to the scene that raised them, even after relocating. The December 2017 release of Alpha marks the eighth studio album for the band.

Mixing up the genres for this show, Pittsburgh ska-punk rockers The Code will be reuniting for a night. In the band's heyday, they toured alongside notable punk acts like Rise Against, Against Me, and Anti-Flag.

War Of Ages and The Code