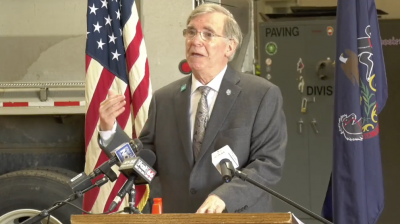 Held at the Streets Department on Wednesday afternoon, Schember explained that a team from the Department of Public Works – along with input from the public – determined the work needed to be done.

Tushak outlined three contracts planned with a budget of nearly $4 million. Contracted work will be around $2.6 million while in-house work will be roughly $6,000.

"The balance of the work is going to be things like curb ramps, crack filling, and maintenance items," explained Tushak.

A map with the planned paving projects can be viewed and download here.

Schember then addressed complaints about street engineers not wearing masks while working.

"Masks can actually create an unsafe environment when operating equipment," Schember said. "They can, for instance, create unbearable heat and can also impede your vision by fogging your glasses."

Currently, the city is testing the use of face shields. However, state rules do excuse some essential workers from wearing masks "if it impedes their vision, if they have a medical condition, or would create an unsafe condition in which to operate equipment or execute a task."

"We do encourage everyone to stay active and healthy with exercise at home," Schember said. "You're also allowed to hike, bike, or run in city parks." 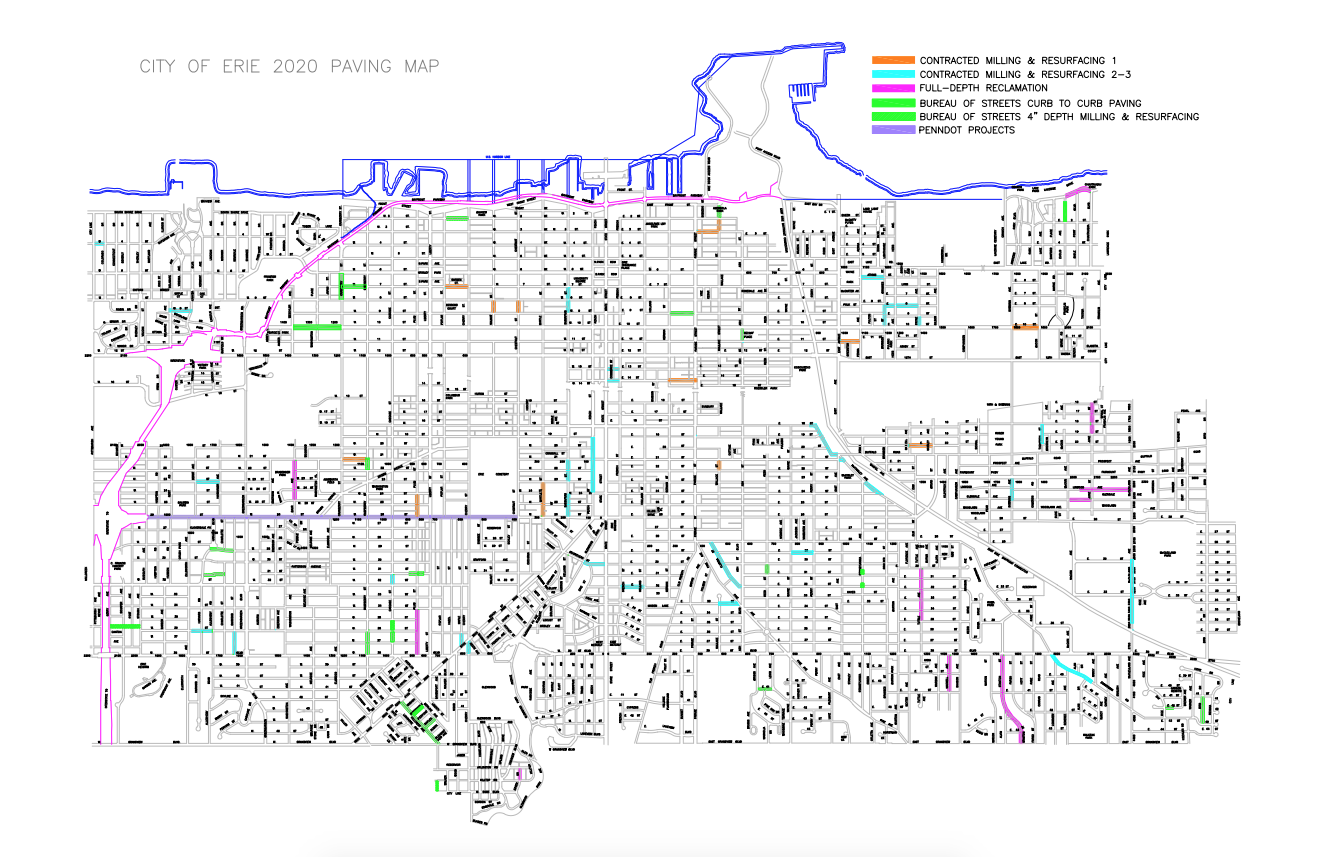 The mayor encouraged those utilizing city parks to maintain six feet of distance from others and avoid touching surfaces such as handrails or crosswalk buttons.

Schember concluded the press conference by thanking all Erie public work employees for their work. He noted that this week is National Public Works Week.

"They help us maintain public health and a high quality of life," Schember read from his proclamation. "We cannot take them for granted because they are of vital importance to making the Erie region sustainable, resilient, and enjoyable."

More information can be found at cityof.erie.pa.us.

An Interview with Poet David Baker