Mitski // Be The Cowboy

by Nick Warren
View ProfileTwitterInstagramRSS Feed
August 29, 2018 at 10:45 AM 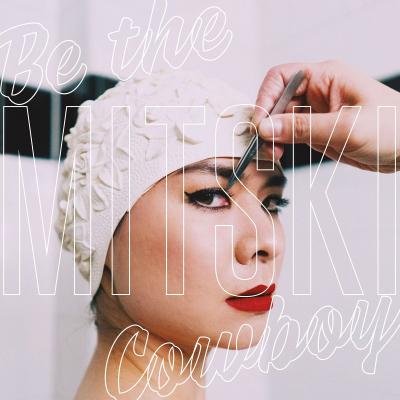 She did it again. With a remarkable streak of three absolutely brilliant albums since 2014's Bury Me at Makeout Creek, Mitski Miyawaki deserves to be virtually without peer in the indie world. Not unlike this year's Masseduction by St. Vincent (one of her few equals), Be The Cowboy employs a much more explicit touch of electronic music. It's a natural evolution, a proper reinvention without really being a reinvention. It's powerful. The album is of course, emotionally wrenching and soul-crushingly affective, but with a fearless ownership that almost weaponizes emotion. Moving on from the masterpiece of Puberty 2, the lyrical content is less voyeuristically personal and touches on wider themes, while still being densely rewarding. Tonally, there's a winking sense of humor in having a country song "Lonesome Love" (it is called Be The Cowboy after all) and a Broadway-ready disco song that could even be a mainstream hit in "Nobody." From the eerie ringing meditation of "Geyser" to the moving finale of "Two Slow Dancers," the album will effectively wreck you. Mitski is a gift, a transcendentally genius artist whose music, for the right people, will be extremely important. — Nick Warren

by Aaron Mook8/1/2018, 2:15 PM
Groovy and comfortable, new album is most cohesive release to date
MitskiBe The CowboyDead Oceans