Honoring the dead by parking, and other triumphs of the human spirit. 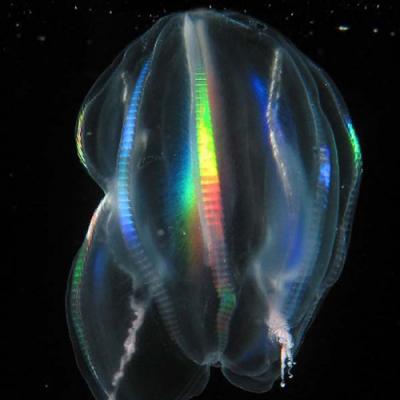 The Power of Precedent

Department of Veterans Affairs employee Elizabeth Rivera Rivera, 39, was fired after her arrest (followed by a February guilty plea) for armed robbery, but when she was sentenced only to probation, an arbitrator ordered the VA to rehire her and give her back pay she "earned" while sitting in jail awaiting trial. (She had been the driver for a man arrested for a street robbery in San Juan, Puerto Rico.) Rivera's union had demanded the reinstatement without salary penalty for "fairness" because the same Puerto Rico VA office had earlier hired a convicted sex offender, and the office's hospital director, recently charged with DUI and drug possession, avoided VA discipline because of technicalities about the traffic stop. [Daily Caller, 3-22-2016]

Evolution of the Civil Rights Struggle

Turmoil in Selma, Alabama, March 1965: The historic "Bloody Sunday" at the Edmund Pettus Bridge ultimately became a turning point in the battle for voting rights. Turmoil in Selma, Alabama, March 2016: The town is riven by demands for stricter enforcement of the ordinance requiring horses on the street to be wearing diapers a campaign led by Ward 8's Councilman Michael Johnson (an African-American): "I'm tired of it because there's other things I could be doing than dealing with horses." [Selma Times Journal, 3-23-2016]

Urges: (1) Ms. Ashton Barton, 33, charged with shoplifting a vibrating sex toy from a CVS pharmacy in Largo, Florida, in February, tried for police sympathy by explaining that she was in a troubled marriage. "My husband doesn't want to touch me anymore," and "I would rather do this than be unfaithful." (2) Neighbors of a loudly frisky couple in a Stockholm, Sweden, apartment building were so frustrated by the noise that they reached out to the country's health minister, Gabriel Wikstrom who took the side of the randy couple (according to a translation by Stockholm's The Local): "Sounds nice for them, I think. Good for their wellbeing and thus public health as well." [The Smoking Gun, 2-29-2016] [The Local, 3-11-2016]

Nice Tries: (1) Benjamin Grafius, 39, charged with several instances of indecent exposure to Amish people near New Holland, Pennsylvania, told police that he targeted them because he knew they would not use phones to call police (March). (2) Valerie Godbout, 33, visiting Orlando from Montreal and charged with drug possession after alerting police with erratic driving, told the officer that she was on the wrong side of the road because that's the way traffic works in Canada. (It's not.) (March). (3) Emily Davis, 21, caught by police displaying her recently deceased grandmother's handicap-parking badge, explained that she was merely "using it in her honor." (Portsmouth, England, February). [Associated Press via KDKA-TV (Pittsburgh), 3-22-2016] [Orlando Sentinel, 3-16-2016] [Metro News (London), 2-26-2016]

German researchers, publishing in March, revealed that female burying beetles uniquely discourage their mates from pestering them for sex after birth thus explaining how the male of this species is observed actually helping with child care. The females apparently release a chemical "anti-aphrodisiac" to the father's antennae. Said the lead researcher (a woman), "They are a very modern family." Said another biology professor (also female), "Burying beetles are supercool." [New York Times, 3-23-2016]

Science magazine called the "butthole" "one of the finest innovations in the past 540 million years of animal evolution" in that, until it developed, animals' only channel of waste removal was through the same opening used for food intake. However, the recent discovery, announced at a March conference by a University of Miami biologist, that gelatinous sea creatures called comb jellies can excrete via other pores, was labeled by the magazine as "stunn(ing)." [Science, 3-23-2016]

The Emerging American "Right" of Rejecting Science: In 2000, the Centers for Disease Control and Prevention declared that measles had been eliminated in the United States, but by 2014 Americans had resurrected it (677 reported cases), and researchers from Emory University and Johns Hopkins set out to learn how and recently found the dominant reason to be the purposeful decision by some Americans to refuse or delay widely available vaccinations (especially for their children). (The researchers found similar, but less-strong conclusions about whooping cough.) [Slate.com, 3-25-2016]

An 86-year-old woman died in February in New Cumberland, Pennsylvania, when she tripped and got her medical alert necklace caught on her walker, strangling herself. (2) A 25-year-old off-duty New York City police officer was killed on a highway near Elizabeth, New Jersey, in March. According to the police report, the officer had rear-ended another car and had gotten out to "discuss" the matter, then suddenly pulled his service revolver and threatened the driver using road rage-type language. As the officer backed up while pointing the gun, a passing driver accidentally, fatally struck him. [Associated Press via WNEW-TV (New York), 3-2-2016] [WABC-TV (New York City), 3-2-2016]

Joe Vandusen said he has had no contact whatsoever with his estranged wife for "16 or 17 years" and that both moved long ago to other relationships (Joe currently living with a woman, raising both his two children and her two, as well). Nonetheless, Vandusen's "real" wife recently gave birth, from another father, and, without claiming Vandusen as the father, filed in February for child support from him. In the Vandusens' home state of Iowa (like the law in many states), he must pay, irrespective of any DNA test (unless he gets an expensive court order to "de-establish paternity." [WQAD-TV (Davenport, Iowa), 3-23-2016]

Ervin Brinker, 68, pleaded guilty to Medicaid fraud as CEO of the Summit Pointe health care provider in Michigan and was sentenced in January to 32 months in prison. He had embezzled $510,000 in "mental health" payments and apparently spent it all on a Florida fortune teller. (2) Two of the three candidates for the Republican nomination for county property appraiser in Erwin, Tennessee, in November died before the election, leaving Rocky McInturff the only survivor. However, he is ineligible for the nomination because he lost badly on election day by one of the two dead candidates. [Associated Press via Daily Mail (London), 1-13-2016] [WCYB-TV (Bristol, Tenn.), 3-2-2016]

Albuquerque police encountered Leonard Lopez, 26, inside a Chevy Cobalt car (that was not his) just after midnight on March 30 after neighbors reported a man screaming inside, flashing the car's headlights. A panicked Lopez was upside down, with his feet on the dashboard and his head and shoulders wedged under the steering wheel, hands and arms tucked inside his sweatshirt. He was charged with burglary, and police guessed he was probably going through opiate withdrawal. [Albuquerque Journal, 3-30- 2016]

Yet Another Way to Tell If You're DUI: Maryann Christy, 54, was arrested in Roselle, Illinois, in January when police spotted her driving through town with a 15-foot-tall tree firmly lodged in the grille of her car, sticking straight up. She was apparently too intoxicated to recall where she "acquired" the tree or how many minutes earlier that was. (2) Peak Truck-Spill Karma: On March 23 on Interstate 95 near Melbourne, Florida, two tractor-trailers collided, spilling their contents on the road. One truck was carrying Busch beer and the other various Frito-Lay products. [Chicago Tribune, 3-7-2016]

A News of the Weird Classic

Anti-Theft ID Breakthrough: For people who become stressed when asked to prove their identities by biometric scans of fingerprints, hand prints or eyeballs, Japan's Advanced Institute of Industrial Technology has developed a chair frame that authenticates merely by sitting down: a butt-scanner. Professor Shigeomi Koshimizu's device produces a map of the user's unique derriere shape, featuring 256 degrees of pressure at 360 different points and could be used not only to protect vehicles from theft, but also, when connected to a computer, to prevent log-ons by those with unauthorized posteriors. [TechCrunch blog via PhysOrg.com, 12-26-2011]