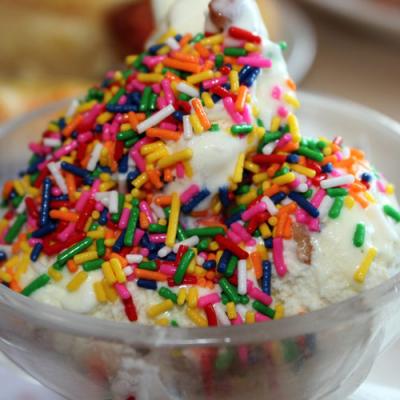 A June 2016 police raid on David Jessen's Fresno County (California) farmhouse caused a $150,000 mess when sheriff's deputies and Clovis Police Department officers "rescued" it from a trespassing homeless man with the massive destruction leading to Jessen's lawsuit announced in March. The misdemeanant helped himself to an ice cream bar, some milk and half a tomato, but was otherwise "unarmed"; however, by the time the police standoff ended, the "crime scene" included more than 50 cop cars, a SWAT team (and backups), two helicopters, standby ambulances, a police robot, and a crisis negotiation team. Windows, walls and wrought-iron doors were destroyed; tear gas and a "flash bomb" were employed. (Jessen suspects that the farmhouse's isolation enticed police to decide that it presented an excellent training opportunity.) [TechDirt, 3-13-2017]

"Pro-choice" activist Jessica Farrar, a Texas state legislator, introduced a bill in March to create consistency between the state's rigorous regulation of women's reproductive functions and those of men (regulation which, by the way, in either case she calls "invasive" and "unnecessary"). Because Texas's anti-abortion laws highlight "procreation" as a crucial government interest, she believes male use of erectile-dysfunction drugs should be regulated as abortion is. Under her bill, individual use of Viagra or similar drugs must be preceded by "counseling" similar to that required by abortion laws, and since male masturbation involves the "wasting" of precious sperm cells, it, too, would require "beforehand" counseling. [Texas Tribune, 3-12-2017]

Jason Sexton told KFSM-TV in Fort Smith, Arkansas, in April that he alone had been digging the massive hole neighbors noticed, now 34 feet deep and with separate tunnels extending off of the main hole. Police had come to check it out, since it was on another person's private property (and not the city's, which Sexton had assumed). He said he had been digging off and on for three years to get an answer to whether "the Spanish" had been in Fort Smith centuries ago, mining iron, and, if so, the site should therefore be a lucrative tourist destination. Sexton said he felt he had to give his explanation: "Nobody in their right mind," he said, "would dig a hole (this big) for no reason." [KFSM-TV, 4-13-2017]

At a time of growing awareness that some people seem almost addicted to their cellphones and instant 24/7 communication, police in Brookfield, Wisconsin, released surveillance photos of a woman in the act of robbing banks on March 25 and 27 while standing at teller counters and talking on the phone during the entire episodes. Acting on a tip from the photos, police arrested Sarah Kraus, 33, on March 28. [Milwaukee Journal Sentinel, 3-29-2017]

College activist Pablo Gomez Jr., 22, was arrested in Berkeley, California, in March and charged with the brutal stabbing death of an elementary school teacher. Gomez, a senior at University of California, Berkeley, is well-known on campus for insisting on a gender identity for which (as an example) the pronoun "he" is an inappropriate reference. (Hence, "they" was charged with what is so far the only homicide in Berkeley this year.) [San Jose Mercury News, 3-27-2017]

Paul Perry Jr., 39, sound asleep behind the wheel of his car, with motor running, at 6 a.m. on April 2, was in no position to talk his way out of a DUI ticket, but did offer a gentle challenge to the Youngstown, Ohio, police officer. Several times, according to the police report, Perry offered to "thumb wrestle" the officer to get out of the ticket. From the report: "Perry was advised officers would not thumb-wrestle him." [Youngstown Vindicator, 4-4-2017]

Wait, What? A father, 43, and his son, 22, argued on April 9 about who would walk the dog at their home on Chicago's South Side. They apparently thought to settle the issue with a gunfight, and police, who recovered the two weapons, said both men received multiple wounds. The son was killed, and the father was in critical condition. [WLS-TV (Chicago), 4-10-2017]

The eight elite Ivy League universities are better thought of as "hedge fund(s) with classes," according to a March report by the activist Open The Books, and thus there is little reason for taxpayers to have given them the more than $41 billion in grants and entitlements they received over a recent six-year period. The schools are already legendary for their $119 billion "endowments" (based on donations from alumni and aggressive investment). Those endowments are enough, according to Open The Books, that (assuming donations continue to arrive at the same pace) schools could provide free tuition to every student in the eight schools in perpetuity. (Even if no new donations are made, the eight schools could provide such free tuition for 51 years.) [Fox News, 3-29-2017]

Federico Musto was suspected recently by Wired.com of audaciously inventing academic credentials to help land his job as CEO of the company Arduino (a circuit-board manufacturer popular in the computer industry among coders creating, among other things, robots and motion detectors). Arduino's work is "open source" creating hardware that others, by design, can exploit and modify for their own loftier projects. It might thus be said that Musto's claimed academic "accomplishments" (his so-called MBA from New York University and claimed Ph.D from MIT) are themselves the product of his having "open-sourced" his own, previously modest curriculum vitae. [Wired.com, 4-16-2017]

In January, local government and sexual-assault critics unveiled a consciousness-raising exhibit on Mexico City's trains: a plastic seat onto which is subtly molded contours of a male body, except with genitals sharply exposed. (Men supposedly have been spotted absentmindedly lowering themselves onto the seat only to leap up in shock.) A note on the floor by the body read (in Spanish): "It's uncomfortable to sit here, but that's nothing compared to the sexual violence suffered by women on their commute." [New York Times, 3-31-2017]

Village police in Bangladesh arrested Yasin Byapari, 45, in January on the complaint of his wife after she had learned that she was not, as he had told her, his second spouse, but rather the 25th of his 28. (Police found him at the home of No. 27.) The accuser said she had, through sleuthing, tracked down 17 of her "competitors." (2) A male schoolteacher reported in February that he had been kidnapped by four women near Lupane, Zimbabwe, drugged with a beverage and sexually assaulted, in what appears to be a return of the "sperm bandits" said to operate in the area; previously, police set up roadblocks and arrested three women with 31 condoms full of semen. [BDNews24 (Dhaka), 1-24-2017] [Daily Mail (London) via MyNewsGH (Ghana), 3-1-2017]

In same-day competition in March, perennial Guinness Book records jockeys Zoe L'Amore and Ashrita Furman squared off over the record for stopping blades on an electric table fan the most times in one minute using only their tongues. On Italian TV, L'Amore stopped blades 32 times, but Furman, at a different venue, later stopped 35. (2) Norway unseated Denmark as the world's "happiest" country, according to the UN's Sustainable Development Solutions Network. (There was no word on whether Denmark was unhappy about losing the top spot.) [UPI News, 3-31-2017] [Reuters, 3-20-2017]

by Erie Reader Staff8/1/2018, 10:15 AM
Giving our staff another chance to put their money where their charitable mouths are