'Law-abiding' perverts are in the news, and it's not even about the election. 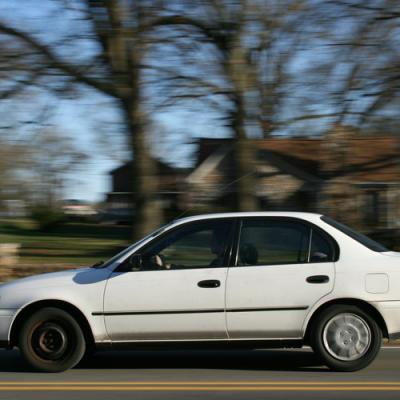 Evolution, according to scientists, likely explains why some "prey" develop defense mechanisms to avoid "predators," i.e., the prey who fail to develop them are unable to procreate (because they're dead), but a team of scientists from Sweden and Australia recently concluded that something similar happens in a species of fish in which males mate basically by huge-appendaged rape. Growing nine generations of the species in the lab, the researchers concluded that the females who can avoid the "rapist" evolve larger brains than those who fall victim. (Researchers, loosely speaking, thus concluded that as males grow bigger penises, females grow bigger brains to outsmart them.) [National Post (Toronto), 11-24- 2016]

Whistleblower goes to jail; responsible industry executives make millions. Long-time Mississippi environmental activist Tennie White is 27 months into a 40-month sentence (for "falsifying" three $150 tests in her laboratory), but high-ranking executives at the Kerr-McGee chemical conglomerate made millions on the case White helped expose: leakage of cancer-causing creosote into communities, including White's Columbus, Mississippi, neighborhood. A detailed investigation by TheIntercept.com in November noted the executives' brilliant response to the 25,000 creosote lawsuits nationwide: put all the liability into one outlying company (eventually going bankrupt) but selling off, highly profitably, the rest of the firm. [The Intercept, 11-25-2016]

Compelling Explanations Texas is among the most enthusiastic states for jailing low-income arrestees who cannot pay a money bail, especially during devastating family hardships, and the four Houston bail magistrates are particularly harsh, according to a recent report of the Texas Organizing Project. After hearing one financially overwhelmed woman beg sarcastically that $1,000 bail is "nothing" next to her other bills, unsympathetic magistrate Joe Licata shrugged, "It's nothing to me, either. It's job security." [Houston Press, 11-16-2016]

Pervert  Or Not (1) When police in Port Orange, Florida, arrested Anthony Coiro, 76, in November, he admitted that he had a stash of "crazy" pornography, some featuring children. However, he adamantly insisted, "I'm not a pedophile. I'm just a pervert," adding, "a law-abiding pervert." He faces 52 counts. (2) In November in Osaka, Japan, an unnamed arrestee apparently had his sexual molestation charge (against a woman on a crowded train) dramatically downgraded. "Actually," the man indignantly told the judge, he is not a pervert  but just a pickpocket (a lesser crime). The victim had testified that the man had brushed against her for "3 seconds" and not the "30" she originally told police. [The Smoking Gun, 11-10-2016] [Rocket News via Sankei West, 11-18-2016]

Michelle Keys, 35, among those joyously caught up in Iowa's upset win over highly ranked Michigan in football in November and celebrating that night in Iowa City, was slurring and incoherent and told police she was certain she was standing in Ames, Iowa (120 miles away), and had just watched the "Iowa State - Arizona" game (a matchup not played since 1968). (She registered .225) (2) A 38-year-old woman was arrested in Springwood, Australia, in November when police stopped her car at 3 a.m. at an intersection with a children's swing set wedged onto the roof of her SUV. (She had shortly before mistakenly driven through someone's back yard and through the swing set.) (.188.) [Deadspin, 11-13-2016] [Queensland police website, 11-22-2016]

"Sexually-based offenses," a TV show intones, are "particularly heinous," but to the small Delaware liberal arts Wesley College (according to the U.S. Department of Education) even an accusation of sexual misconduct is so heinous that there was no need even to interview the alleged wrongdoer before expelling him. (An informal meeting did occur, but only after the investigation was completed.) The expulsion occurred even though the victim herself had not originally accused that particular student. The expelled student's offense was to have helped set up video for a consensual sex encounter that was (without consent) live-streamed. (The Department of Education accepted a settlement in which Wesley agreed to revamp its code of student rights.) [Washington Post, 10- 13-2016]

"Man Mixing LSD and Cough Syrup Saves Dog From Imaginary Fire" (WNYT-TV, Albany, N.Y.), 10-15-2016). (Panicked, he had first sought help from neighbors  who were unpersuaded by the sight of a fireless fire.)

"Santa Claus Speaks Out Against North Pole Ban of Marijuana Sales" (KTUU-TV, Anchorage) (Cannabis is legal in Alaska unless towns ban it, and the legally-named Mr. Claus needs it for cancer pain.)

"Dog On Loose Causes Sheep To Have Sex With Their Sisters in Walton On The Hill" (The wild dog has wrecked a planned mating program, leaving female sheep to canoodle with each other) (Surrey Mirror, Redhill, England, 9-22- 2016)

Apparently the plan by a 33-year-old unlicensed, un-car-registered driver in Perth, Australia, in November to keep from being stopped by police was to print "POLICE" in large, "official"-looking letters on the sides of her white Hyundai, using a blue dry-erase board marker. (She was, of course, quickly stopped by police.) [Yahoo News (Australia), 11-21-2016]

A woman in a quiet north Minneapolis neighborhood told reporters she became fearful after seeing a large swastika spraypainted on a garage door down a nearby alley (just after election day!). (Problem: The base "X" of the correct design has "hooks" that should always extend to the right, clockwise; three of the Minneapolis "artist's" awkwardly hook left.) [City Pages (Minneapolis), 11-29-2016]

In November, a court in Christchurch, New Zealand, ordered the local police to "undo" the 493 bottles' worth of liquor they had recently poured down the city's drain after raiding an unlicensed bar. The court said the police must pay a pumping company to recall the hooch because of environmental regulations. (2) In November, the Littleton, Colorado, city government, faced with the need to "blot" sticky tar on 120 streets whose potholes it was filling, bypassed expensive "detackifiers" in favor of stuffing toilet paper over the tar, causing the streets to have a trick-or-treat look. [The Press (Christchurch), 11-4-2016] [Denver Post, 11-3-2016]