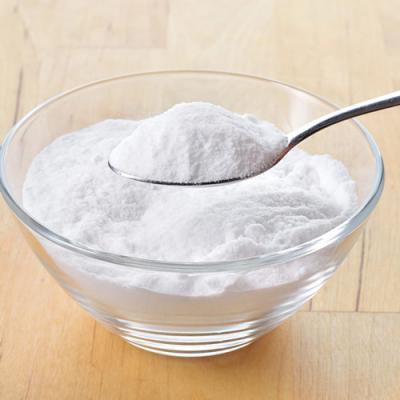 Even Baking Soda Is Dangerous

Almost all law enforcement agencies in America use the Scott Reagent field test when they discover powder that looks like cocaine, but the several agencies that have actually conducted tests for "false positives" say they happen up to half the time. In October, the latest victims (husband-and-wife truck drivers with spotless records and Pentagon clearances) were finally released after 75 days in jail awaiting trial for baking soda that tested "positive" three times by Arkansas troopers (but, eventually, "negative" by a state crime lab). (Why do police love the test? It costs $2.) The truck drivers had to struggle to get their truck back and are still fighting to be re-cleared to drive military explosives. [KUTV (Salt Lake City), 10-31-2016]

Activists told Vice Media in November that 100,000 people worldwide identify as "ecosexuals," ranging from those who campaign for "sustainable"-ingredient sex toys to those who claim to have intercourse with trees (but sanding the bark for comfort might provoke concern about being "abusive"). A University of Nevada, Las Vegas professor studies the phenomenon and knows, for example, of humans who "marry" the Earth or prefer sex while rolling in potting soil or under a waterfall. On one "arborphilia" support blog, a female poster regretted her choice to have "convenient" sex with the sycamore outside her bedroom window instead of the sturdy redwood she actually covets. (Yes, some "mainstream" environmentalists somehow are not completely supportive.) [Vice Media, 11-2-2016] [Inverse.com, 4-22-2016]

If You See Something, Say Something: Ricky Berry and his roommate walked in to a CVS store in Richmond, Virginia, in November to ask if it carried sliced cheese but were told no. Minutes later, all the employees walked to the back of the store, hid in a locked room, and called the police. Berry and pal, and a third customer (with a toothache and desperately needing Orajel), were bewildered by the empty store until a Richmond police officer arrived. After observing that the three customers appeared nonthreatening, he mused along with Berry that "this is how weird, apocalyptic movies start." WRIC-TV reported later that the employee who panicked and called police will "possibly" need retraining. [WRIC-TV, 11-23-2016]

Groundbreaking Legal Work: In October, a court in Australia's Victoria state began considering an appeal on whether three deaf people might be too intellectually challenged to have planned a murder. The prosecutor offered surveillance video of the three in a lobby planning the murder's details via sign language as they waited for an elevator to take them up to the eventual crime scene. [The Age (Melbourne), 10-4-2016]

Pigs are such complex animals that scientists are studying how to tell the "optimists" from the "pessimists." British researchers writing in a recent Biology Letters described how "proactive" porkers differed from "reactive" ones, and, as with humans, how their particular mood at that time distinguished them as "glass half full" rather than "glass half empty." (Unaddressed, of course, was specifically whether some pigs were actually "optimistic" that the chute at the slaughterhouse might lead to a pleasant outcome.) [Los Angeles Times, 11-15-2016]

The Schlitterbahn Waterpark in Kansas City, Kansas, got the message in November and shut down its "world's tallest waterslide" (17 stories; riders reaching speeds of 60 mph) after the neck-injury death of a 10-year-old rider in August. But comparably altitude-obsessed architects in Tokyo said in November that they were moving ahead with proposals for "Next Tokyo 2045" to include a one-mile-high residential complex (twice as tall as the currently highest skyscraper). A spokesperson for principal architects Kohn Pedersen Fox said he realizes that coastal Tokyo, currently in earthquake, typhoon and tsunami zones, would present a climate-change challenge (and especially since the building would be on land once reclaimed from Tokyo Bay). [Washington Post, 11-23-2016] [CNN, 11-16-2016]

San Diego police officer Christine Garcia, who identifies as transgender, was turned away in November as she attempted to enter the Transgender Day of Remembrance at the city's LGBT Community Center because organizers thought the sight of a police uniform might upset some people. (Garcia herself was one of the event's organizers.) (2) Chick Magnet: Gary Zerola was arraigned in Boston in November on two counts of rape. He is a defense lawyer, former prosecutor, one-time "Most Eligible Bachelor" winner, and was a finalist in the first season of ABC-TV's "The Bachelor." He was also accused of two counts of rape in 2006 (but acquitted at trial) and another in 2007 (but the charge was dropped). [Los Angeles Times, 11-23-2016] [Boston Herald, 11-23-2016]

It was only a quarter-million-dollar grant by the National Institutes of Health, but what it bought, according to budget scrutiny by The Washington Free Beacon in November, was the development of a multiplayer computer game (inevitably competing for attention in an overstuffed commercial market) hoping to teach good reproductive health habits. "Caduceus Quest" employs role-playing as "doctors, policymakers, researchers, youth advocates" and others to "solve medical mysteries and epidemiologic crises." The target, according to the University of Chicago grant proposal, is African-American and Latino teenagers around Chicago. [Washington Free Beacon, 11-19-2016]

How to Tell If You're Too Drunk

On Nov. 16, Richard Rusin, 34, was charged with DUI in St. Charles, Illinois, after he drove off of a street, going airborne, hitting close to the top of one house, rebounding off of another, uprooting a tree (sending it onto a roof), and knocking out electricity to the neighborhood when the car clipped a utility pole guide wire and his car landed upside down in a driveway. He was hospitalized. [Patch.com (Geneva, Ill.), 11-16-2016]

Allen Johnson Sr., of Meriden, Connecticut, was driving a tractor-trailer up Interstate 89 near Williston, Vermont on Nov. 2 at 63 mph, when, said state police, he apparently tried to stand up in the cab in order to change pants (enabling the rig to roll over). Johnson registered .209 blood-alcohol; it was 9:30 a.m. [WVIT-TV (West Hartford), 11-3-2016]

Recurring Themes: (1) Gwinnett, Georgia, police know exactly who they like for the Nov. 3 armed robbery of an Exxon convenience store: Mr. Quaris Holland, 29. That's because the manager told police Holland had been coming by as a customer "every single day" for "six months." He's still at large. (2) I Have a Gub (sic): The FBI was offering a reward for tips on their suspect in heists at four Boston-area banks in November. Though the man has eluded them so far, at least one issue plagues him: Each of his holdup notes announces that this is a "robery." [Gwinnett Daily Post, 11-17-2016] [KYW-TV (Philadelphia), 11-18-2016]

Simon Berry, 24, of the English village of Bray, was recently acknowledged by the Guinness Book people for his bungee drop of 246 feet to precision-dunk a biscuit into a cup of tea. (2) A sign posted recently (apparently without fanfare) at the Castle House Inn hostel in Stockholm, Sweden, warns visitors: "It is a criminal offense to smoke or wank on these premises." ("Wank" is British slang for self-pleasuring.) The sign contains the familiar "not permitted" circle over a crossed-out item but just the cigarette. [BBC News, 11-17-2016] [The Local (Stockholm), 11-4-2016]

Cliche Come to Life: The Kerry, Ireland, county council voted in January (2013) to let some people drive drunk. The councillors reasoned that in the county's isolated regions, some seniors live alone and need the camaraderie of the pub but fear a DUI arrest on the way home. The councillors thus empowered police to issue DUI permits to those drivers. Besides, they reasoned, the area is so sparsely populated that some drivers never encounter anyone else on the road at night. (Coincidentally or not "several" of the five councillors voting "yea" own pubs.) [BBC News, 1-22-2013]

Thanks This Week to Norah Satre and Gaal Crowl, and to the News of the Weird Board of Editorial Advisors.