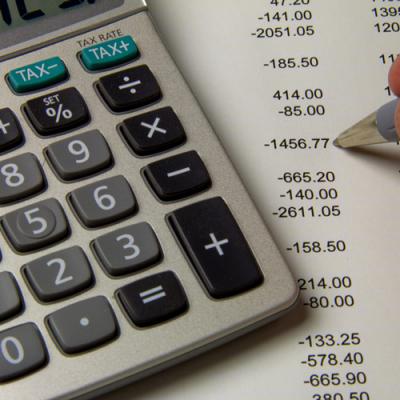 On Jan. 31, doctors at Stanley Medical College and Hospital in Chennai, India, removed a live, full-grown cockroach from the nasal cavity of a 42-year-old woman whose nose had been "itchy" earlier in the day. Two hospitals were unable to help her, but at Stanley, Dr. M N Shankar, chief of ear-nose-throat, used an endoscope, forceps, and, for 45 minutes, a suction device because, he said, the roach "didn't seem to want to come out." Another doctor on the team noted that they've removed beads and similar items from the nasal cavity (demonstrating the splayed-out trespasser in full wingspan), "but not a cockroach, especially not one this large." [Times of India, 2-3-2017]

Zachary Bennett and Karen Nourse have found Manhattan quite affordable, reported the New York Post in January by simply not paying, for six years now, the $4,750 monthly rent on their loft-style apartment in the Chelsea neighborhood, citing New York state's "loft law," which they say technically forbids the landlord from collecting. Since the other eight units of their building are "commercial," the landlord believes it doesn't need a "residential certificate of occupancy," but Bennett and Nourse believe the law only exempts buildings with at least two residences, and for some reason, the landlord has obstinately declined to initiate eviction or, until recently, to sue (for back rent, fees, and electricity). [New York Post, 1-8-2017]

Late last year, Oxford University professor Joshua Silver accused Britain's Home Secretary of a "hate" crime merely because the Secretary had made a speech urging that unemployed Britons be given preference for jobs over people recruited from overseas. Silver denounced this "discrimination" against "foreigners" and made a formal complaint to West Midlands police, which, after evaluation, absolved Secretary Amber Rudd but acknowledged that, under the law, the police were required to record the Secretary's unemployment speech as a "non-crime hate incident." [BBC News, 1-12-2017]

The British Medical Association issued a formal caution to its staff in January not to use the term "expectant mothers" when referring to pregnancy because it might offend transgender people. Instead, the Association's memo (reported by the Daily Telegraph) suggested using "pregnant people." The BMA acknowledged that a "large majority" of such people are, in fact, "mothers," but wrote that there may be "intersex" and "trans men" who also could get pregnant. [Daily Telegraph, 1-29-2017]

In 2001, Questcor Pharmaceuticals bought the rights to make Acthar Gel, a hormone injection to treat a rare form of infantile epilepsy, and gradually raised the price from $40 a vial to $28,000 a vial. The British company Mallinckrodt bought Questcor in 2014 and apparently figured the vials were still too cheap, raising the price to $34,000. However, the Federal Trade Commission noticed that Mallinckrodt also during the latter period bought out and closed down the only company manufacturing a similar, cheaper version of the product, thus ensuring that Mallinckrodt had totally cornered the market. In January, the FTC announced that Mallinckrodt agreed to a $100 million settlement of the agency's charge of illegal anti-competitive practices. ("$100 million" is only slightly more than the price of giving one vial to each infant expected to need it in the next year.) [Futurism, 1-18-2017]

Precocious: Girl Scout Charlotte McCourt, 11, of South Orange, New Jersey, saw her sales zoom recently when she posted "brutally honest" reviews of the Scouts' cookies she was selling giving none of them a "10" and labeling some with dour descriptions. She was hoping to sell 300 boxes, but as of the end of January, had registered 16,430. For the record, the best cookie was of course the Samoa, rated 9, but longtime favorites like the Trefoil ("boring") rated 6 and the Do-Si-Do ("bland") 5. The new Toffee-tastic was simply a "bleak, flavorless, gluten-free wasteland." [NJ.com, 1-31-2017]

Applicants for passports in Switzerland are evaluated in part by neighbors of the applicant, and animal-rights campaigner Nancy Holten, 42, was rejected in January because townspeople view her as obnoxious, with, said a Swiss People's Party spokesperson, a "big mouth." Among Holten's "sins" was her constant criticism of the country's hallowed fascination with cowbells that make, according to Holten, "hundred decibel," "pneumatic drill"-type sounds (though a hit song, "(Don't Fear) The Reaper," by the group Blue Oyster Cult, skillfully employed the cowbell before it was satirized in an epic "Saturday Night Live" sketch starring Christopher Walken). [The Independent (London), 1-19-2017]

In January, Texas district judge Patrick Garcia was charged with misdemeanor disorderly conduct after a dispute outside the courthouse in El Paso. An April trial date was set for Garcia, who was accused of giving the middle finger, in public, to another judge. [Associated Press via KTVT-TV (Dallas-Fort Worth), 1-20-2017]

Not Ready for Prime Time: A suspect pointing a gun attempted a robbery at a laundromat in Upper Darby, Pennsylvania, in February was not immediately identified. (The official reason for not initially identifying him was that, though detained, he had not yet been booked; less likely, perhaps, police might have been trying to spare him embarrassment in that the laundromat's overnight clerk, a woman named Naou Mor Khantha, had simply taken his gun away from him and shot him three times. He was hospitalized in serious condition.) [Philly.com, 2-3-2017]

What Goes Around, Comes Around: (1) In January, Jesse Denton, 24, driving a stolen truck, tried to flee police on Interstate 95 near Brunswick, Georgia, but accidentally crashed head-on into another vehicle. Seconds later, Denton was then fatally hit by another motorist as he ran across the highway to escape the crash scene. (2) A 37-year-old Saanich, British Columbia, man did not die but nearly bled out before being heroically rescued following his parking-rage blunder. Angered that another driver had parked too close to his own car, he grabbed a knife and stabbed a tire on the other vehicle with such force that he wound up slashing the main artery in his leg. [Florida Times-Union (Jacksonville), 1-26-2017] [Global News BC, 1-27-2017]

Thomas Pinson, 21, was arrested in St. Petersburg, Florida, in January and charged with domestic battery for roughing up his mother (even though, presumably lovingly, he had her full name tattooed on his chest). (2) Police arrested a 22-year-old knife-wielding man in a restroom on a train in Dusseldorf, Germany, in January. The man, naked, appeared "quite annoyed" at being hassled, did not have a ticket to ride, and said he was using the knife to shave his genital area because he was not welcome at home. [The Smoking Gun, 1-9-2017] [Associated Press via WJLA-TV (Washington, D.C.), 1-10-2017]

The Washington Post reported in April (2013) that the federal government spends $890,000 a year on totally useless bank accounts. The amount is the total of fees for maintaining more than 13,000 short-term accounts the government owns but which have no money in them and never will again. However, merely closing the accounts is difficult, according to the watchdog group Citizens Against Government Waste, because they each previously housed separate government grants, and Congress has required that, before the accounts are "closed," the grants must be formally audited something bureaucrats are rarely motivated to do, especially since, as Citizens noted, there is no additional penalty for not auditing. [Washington Post, 4-24-2013]

A Look at Airbnb in Erie