From Curry aftertastes to deer vengeance 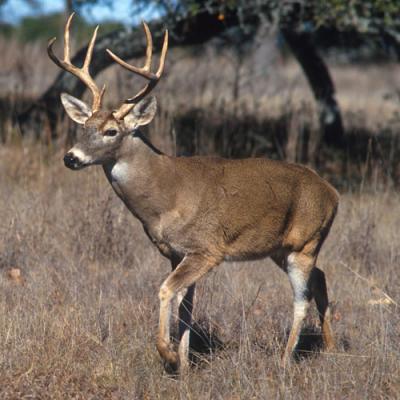 The salary the Golden State Warriors pay to basketball whiz Stephen Curry may be a bargain at $12 million a year, but the economics is weirder about the prices Curry's fans pay on the street for one of his used mouthguards retrieved from the arena floor after a game. One used, sticky, saliva-encased teeth-protector went for $3,190 at one August auction, and SCP Auctions of California is predicting $25,000 for another, expelled during the NBA championship series last June. ESPN Magazine reported "at least" 35 Twitter accounts dedicated to Curry's mouthguard. [ESPN Magazine, 10-31-2016]

In parts of Panama, some men still fight for access to women with the ferocity of rutting male elks. The indigenous Ngabe people mostly keep to themselves in rural areas but have surfaced in towns like Volcan, near the Costa Rican border, where in December a reporter witnessed two men fist-fighting to bloody exhaustion on the street in a typical "Mi Lucha" ("my struggle"), with the loser's wife following the winner home. As the custom loses its cachet, only about a third of the time does the wife now comply, according to the website Narratively. (Bonus: It's an often-easy "divorce" for the Ngabe for a fed-up wife to taunt her husband into a losing fight, or for a fed-up husband to pick a fight and take a dive.) [Narrative.ly, 12-30-2016]

Over a six-year period (the latest measured), drug companies and pharmacies legally distributed 780 million pain pills in West Virginia averaging to 433 for every man, woman and child. Though rules require dispensers to investigate "suspicious" overprescribing, little was done, according to a recent Drug Enforcement Administration report obtained by the Gazette-Mail of Charleston even though half of the pills were supplied by the nation's "big three" drugmakers (whose CEOs' compensation is enriched enormously by pain pill production). Worse, year-by-year the strengths of the pills prescribed increase as users' tolerance demands. (West Virginia residents disproportionately suffer from unemployment, coal mining-related disabilities and poor health.) [Gazette-Mail, 12-17-2016]

University of Kentucky professor Buck Ryan disclosed in December that he had been punished recently (loss of travel funds and a "prestigious" award) by his dean for singing the Beach Boys classic "California Girls" for a lesson comparing American and Chinese cultures because of the song's "language of a sexual nature." The school's "coordinator" on sexual harassment issues made the ruling, apparently absent student complaints, for Ryan's lyric change of "Well, East Coast girls are hip" to "Well, Shanghai girls are hip." [Lexington Herald-Leader, 12-17-2016]

Because the 2015 San Bernardino, California, terrorist attack that killed 14 and seriously wounded 22 was a "workplace" injury (in that the shooters fired only at fellow employees), any health insurance the victims had was superseded exclusively by coverage under the state's "workers' compensation" system a system largely designed for typical job injuries, such as back pain and slip-and-falls. Thus, for example, one San Bernardino victim with "hundreds of pieces of shrapnel" still in her body even after multiple surgeries and in constant pain, must nevertheless constantly argue her level of care with a bureaucrat pressured by budgetary issues and forced to massage sets of one-size-fits-all guidelines. [New York Times, 12-2-2016]

The Las Vegas Sun reported in December that Nevada slot- and video-machine gamblers left almost $12 million on the floor during 2012 (i.e., winning tickets that remain uncashed for six months, thus reverting to the state), running the five-year total to nearly $35 million. (2) The pre-game injury report for college football's Dec. 31 Citrus Bowl included two University of Louisville linebackers, Henry Famurewa and James Hearns, who were out of action against Louisiana State because of "gunshot wounds." [Las Vegas Sun, 12-26-2016] [Sports Illustrated, 12-31-2016]

Latest in Vending Machines: (1) Passengers awaiting trains in 35 stations in France now find kiosks dispensing short stories to pass the time. A wide range of selections (even poetry!), in suggested reading-time lengths of one, three and five minutes, can be printed out for free. (2) The only U.S. vending machine for champagne is now operational in the 23rd-floor lobby of the Mandarin Oriental hotel in Las Vegas. Moet and Chandon bubbly can be purchased with $20 tokens sold at the front desk. [Daily Mail (London), 10-4-2016] [Las Vegas Review Journal, 12-28-2016]

Recent Awkward Apps: (1) The Kerastase Hair Coach (a "smart" hairbrush with Wi-Fi, monitoring brush strokes "on three axes" to manage "frizziness, dryness, split ends and breakage"); (2) The still-in-prototype "Kissenger" (with a "meat-colored" rubbery dock for a smartphone that the user can kiss and have the sensation transmitted to a lover's receiving dock over the internet); (3) The Ozmo smart cup (to "effortlessly" "empower you with a platform for better hydration choices" in your water and coffee consumption with software for other drinks coming soon!) (Bonus: Old-school users can also just drink out of it.); (4) The Prophix toothbrush (with a video camera so you catch areas your brushing might have missed); (5) Spartan boxer briefs (stylishly protecting men's goods from Wi-Fi and cellphone radiation). [The Register (London), 1-4-2017]

In December the European Union's 28 nations reached what members called a historic agreement to thwart terrorists: a ban on private citizens' possessing semi-automatic weapons but exempted terrorists' firearm of choice, the Kalishikov assault weapon. (Finland vetoed inclusion of the AK-47 because of concerns about training its reservists.) [Reuters, 12-28-2016]

A December post on the Marietta, Georgia, police department's Facebook page chided a shoplifter still at large who had left his ID and fingerprints (and inadvertently posed for security cameras). The police, noting "how easy" the man had made their job, "begged" him to give them some sort of challenge: "Please at least try to hide." Suspect Dale Tice was soon in custody. [Gwinnett Daily Post, 12-28-2016]

In January, tireless convicted fraudster Kevin Trudeau, who pitched magical remedies for countless ailments on late-night TV for almost 20 years (dodging investigations and lawsuits until the feds caught up with him in 2014) was turned down in what some legal experts believe might be his final judicial appeal. Still, he never gives up. From his cell at a federal prison in Alabama, he continued to solicit funding for appeals via his Facebook fans, promising donors that they could "double" their money. Also, he said he would soon share "two secrets" that would allow donors to "vibrate frequencies ... to create the life (they) want." [Chicago Tribune, 1-3-2017]

Steve Crow of Point Loma, California, near San Diego International Airport, told a reporter he had given up since no relief had come from the 20,068 complaints he made during 2016 about airport noise. (2) A six-point deer head-butted the owner of a fur company in Willmar, Minnesota, in November and broke into the building where thousands of recently harvested deer hides were being dried (and largely wrecked the place). The owner was slightly injured, and the vengeful buck escaped. [San Diego Union-Tribune, 1-1-2017] [Forum News Service, 11-18-2016]