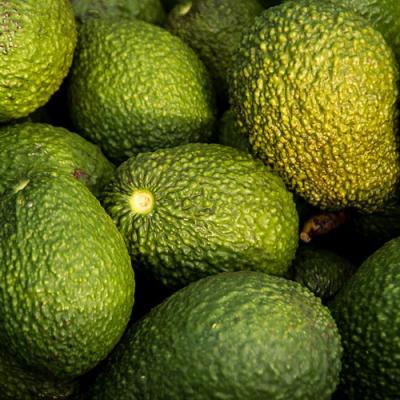 Did you say french fries or FRESH fries? Eiram Chanel Amir Dixson, 25, made a point of ordering fresh french fries at a Coon Rapids, Minnesota, Wendy's drive-thru in May. When the exchange between the dissatisfied Dixson and a Wendy's worker escalated, the employee threw a soda at Dixson, and Dixson fired back by spraying Mace through the drive-thru window. Police charged Dixson with one count of using tear gas to immobilize. [WCCO, 5/19/2017]

Rachel Borch, 21, of Hope, Maine, was out for a run in June when a raccoon attacked her. Thinking quickly, Borch grabbed the animal and, despite being bitten, ran to a puddle on the trail and held its head underwater until it drowned. (BONUS: Borch's father retrieved the dead raccoon and delivered it for rabies testing in a Taste of the Wild dog food bag.) [Bangor Daily News, 6/14/2017]

It was dark in the wee hours of June 30 in Jacksonville, Florida, and Cedric Jelks, 38, probably never saw the loaded gun on the driver's seat of his car as he got in, but he certainly felt it after the gun went off, wounding his manhood. When police investigating the report of a gunshot wound arrived at the hospital Jelks was taken to, they added possible firearms charges to his pain after discovering Jelks had a prior conviction for cocaine possession. [News4JAX, 6/30/2017]

A driver in Zhenjiang, China, took drive-thru service to the next level on June 10 when he carefully pulled his tiny automobile through the front doors of a convenience store, requested a package of potato chips and a bottle of yogurt, paid for his purchase and reversed through the doors with the cashier's guidance. Surveillance video shows the cashier waving and saluting as the car pulls away. He posited that the driver might have been avoiding getting out of his car in the rain. [The Straits Times, 6/17/2017]

A restaurant owner near Florence, Italy, was ordered to pay 2,000 euros in fines in June after judges in Italy's highest court declared it illegal to keep lobsters on ice in restaurants because it causes them undue suffering. "The suffering caused by detaining the animals while they wait to be cooked cannot be justified," the judges ruled. [Reuters, 6/16/2017]

In a fit of law abidance, a resident of Yorkshire, England, called that country's emergency phone number to report that Queen Elizabeth II was not wearing her seatbelt as she departed the Palace of Westminster on June 21 after delivering her traditional speech at the State Opening of Parliament. Police warned that the 999 system is meant to be used only for emergencies. [United Press International, 6/23/2017]

Smoke bombs aren't just for celebrating our nation's birth! Mike Tingley of Grand Blanc Township, Michigan, burned his garage to the ground on July 3 when he used smoke bombs to try to rid the structure of a bees' nest. When firefighters from three townships arrived, fireworks stored in the garage were shooting into the sky. "We really weren't going to celebrate the Fourth of July so much," Tingley said. His home, which was not attached to the garage, was not damaged. [MLive.com, 7/3/2017]

Jerry Lynn of Ross, Pennsylvania, is continually haunted by the result of a minor mishap 13 years ago while drilling a hole in the wall of his living room. During his project, an alarm clock fell through the hole and to the floor behind the wall. Since then, the alarm sounds dutifully at 7:10 p.m. (standard time) every day. [Fox News, 6/20/2017]

To beat June's record heat, male students at Isca Academy in Exeter, England, protested the school's no-shorts rule by wearing the same uniform skirts the girls wear. One boy said the skirts were "quite refreshing." Another enjoyed the "nice breeze." [NPR, 6/23/2017]

And farther south, in Nantes, France, bus drivers adopted the same skirt-wearing strategy to oppose the bus company's strict no-shorts policy. Temperatures in the region have reached record highs this year, and female drivers are allowed to wear skirts. The company responded by allowing "shorts that correspond to the uniform's color scheme of black and beige." [United Press International, 6/22/2017]

A Spencer's store at Park Plaza Mall in Little Rock, Arkansas, took on a Jerry Springer vibe on June 21 when a disgruntled customer tried to steal a stripper pole. A Spencer's employee chased the woman into the mall and in the ensuing struggle was bitten by the customer, who then relinquished the stripper pole and ran away. At press time, the biter was still at large. [Associated Press, 6/22/2017]

Too Much Time on Their Hands

Awesome! An industrious group of Russian mechanics created a huge fidget spinner by welding parts of three cars together in the shape of the ubiquitous toy. The Garage 54 team, based in Novosibirsk, tried spinning the creation with one person in each car, but eventually had better luck with just one driver. [United Press International, 6/22/2017]

Two unidentified thieves managed to elude capture even after one of them nearly lost his pants during a Wellington, Florida, car break-in. The man, caught on a security camera June 18 while running back to a getaway car, tripped over his pants and landed facedown, clearly yelling, "My pants fell!" He managed to make it to the vehicle, and the thieves have yet to been identified. [Fox News, 6/22/2017]