Life-saving salmonella and the Wild West bandit of Harrisburg 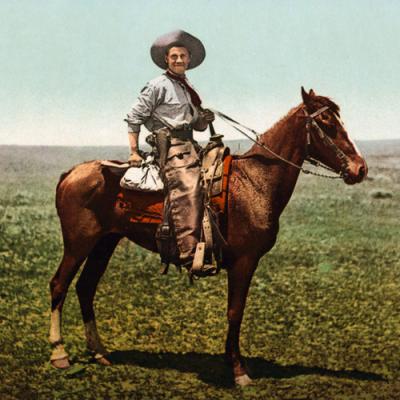 Gemma Badley was convicted in England's Teesside Magistrates' Court in February of impersonating British psychic Sally Morgan on Facebook, selling her "readings" as if they were Morgan's. (To keep this straight: Badley is the illegal con artist, Morgan the legal one.) [The Gazette (Middlesbrough), 2-21-2017]

Michigan is an "open carry" state, and any adult not otherwise disqualified under state law may "pack heat" in public (except in a few designated zones). In February, an overly earnest Second Amendment fan, James Baker, 24 (accompanied by pal Brandon Vreeland, 40), believed the law was an invitation to walk into the Dearborn police station in full body armor and ski mask, with a semi-automatic pistol and a sawed-off rifle (and have Vreeland photograph officers' reactions). (Yes, both were arrested.) [Detroit Free Press, 2-6-2017]

Wells Fargo Bank famously admitted last year that employees (pressured by a company incentive program) had fraudulently opened new accounts for about 2 million existing customers by forging their signatures. In an early lawsuit by a victim of the fraud (who had seven fraudulent accounts opened), the bank argued (and a court agreed!) that the lawsuit had to be handled by arbitration instead of a court of law because the customer had, in the original Wells Fargo contract (that dense, fine-print one he actually signed), agreed to arbitration for "all" disputes. A February Wells Fargo statement to Consumerist.com claimed that customers' forgoing legal rights was actually for their own benefit, in that "arbitration" is faster and less expensive. [Consumerist, 3-1-2017]

Ex-Colombo family mobster and accused hitman "Tommy Shots" Gioeli, 64, recently filed a federal court lawsuit over a 2013 injury at the Metropolitan Detention Center in New York City. He fell and broke a kneecap while playing ping-pong (allegedly because of water on the floor), awaiting sentencing for conspiracy to commit murder. The New York Post also noted that the "portly" Gioeli, who was later sentenced to 18 years, was quite a sight at trial, carrying his "man purse" each day. [New York Post, 2-7-2017]

French artist Abraham Poincheval told reporters in February that in his upcoming "performance," he will entomb himself for a week in a limestone boulder at a Paris museum and then, at the conclusion, sit on a dozen bird eggs until they hatch "an inner journey," he said, "to find out what the world is." (He apparently failed to learn that from previous efforts, such as the two weeks he spent inside a stuffed bear or his time on the Rhone River inside a giant corked bottle.) He told reporters the super-snug tomb has been thoroughly accessorized, providing for breathing, eating, heart monitor and emergency phone except, they noted, nothing on exactly how toileting will be handled. [The Guardian (London), 2-21-2017]

A National Oceanic and Atmospheric Administration "bioacoustic research" team recently reported recording and listening to about 2 million underwater sounds made over a four-month period by various species of dolphins ("whistles," echolocation "clicks," and "burst pulses") and can, they believe, distinguish the sounds to match them to a particular dolphin species (among the five most prevalent) with 84 percent accuracy. The team built a computer algorithm to also make estimating dolphin populations much easier. [Hakai Magazine, 2-16-2017]

Compelling Explanations: (1) Oklahoma state Rep. Justin Humphrey, justifying his proposed bill to require a woman seeking an abortion to first identify the father, told a reporter in February that the father's permission is crucial because, after all, the woman is basically a "host" who "invited that (fetus) in." (2) After the North Dakota House of Representatives voted yet again in January to retain the state's Sunday-closing "blue laws," Rep. Bernie Satrom explained to a reporter: "Spending time with your wife, your husband, making him breakfast, bringing it to him in bed" is better than going shopping. [The Intercept, 2-13-2017] [Valley News Live (Fargo) , 2-1-2017]

Small-Town Government: The ex-wife of Deputy Sheriff Corey King of Washington County, Georgia (largest town: Sandersville, pop. 5,900), filed a federal lawsuit in January against King after he arrested her for the "crime" of making a snarky comment about him on Facebook (about his failure to bring the couple's children their medicine). King allegedly conspired with a friendly local magistrate on the arrest, and though the prosecutor refused the case, King warned the ex-wife that he would still re-arrest her if she made "the mistake of going to Facebook with your little (excrement) ... to fuss about." [WMAZ-TV (Macon), 2-7-2017]

In a first-person profile for the Chicago Tribune in February, marketing consultant Peter Bender, 28, recalled how he worked to maximize his knowledge of the products of company client Hanes and not just the flagship Hanes underwear but its Playtex and Maidenform brands. In an "empathy" exercise, Bender wore bras for three days (a sports bra, an underwire and a lacy one) fitted at size 34A (or "less than A," he said). "These things are difficult," he wrote on a company blog. "The lacy one," especially, was "itchy." [Chicago Tribune, 2-21-2017]

News You Can Use

"Fecal transplants" (replacing a sick person's gut bacteria with those of a healthier one) are now almost routine treatments for patients with violent abdominal attacks of C. diff bacteria, but University of California researcher Chris Callewaert says the concept also works for people with particularly stinky armpits. Testing identical twins (one odoriferous, the other not), the researcher, controlling for diet and other variables, "cured" the smelly one by swabbing his pit daily with the sweat of the better-smelling twin. The Callewaert team told a recent conference that they were working on a more "general" brew of bacteria that might help out anyone with sour armpits. [New Scientist, 2-10-2017]

Stephen Reed, the former mayor of Harrisburg, Pennsylvania, pleaded guilty on the eve of his January trial on corruption counts stemming from the approximately 10,000 items of "Wild West" and "Americana" artifacts worth around $8 million that he had bought with public funds during 28 years in office. For some reason, he had a single-minded obsession with creating a local all-things-cowboy museum, and had purchased such items as a stagecoach, stagecoach harnesses, a "Billy the Kid" wanted poster, a wagon wheel and a totem pole. Somehow, he explained, as he was leaving office after being voted out in 2009, the items he had purchased (theoretically, "on behalf of" of Harrisburg) had migrated into his personal belongings. [Washington Post, 1-26-2017]

by Cara Suppa3/28/2018, 2:45 PM
Theresa Caputo will offer her unique combination of extrasensory perception, warmth, humor and sass to her readings.