Cat got your tongue? Or the solution to an unsolved crime, perhaps? 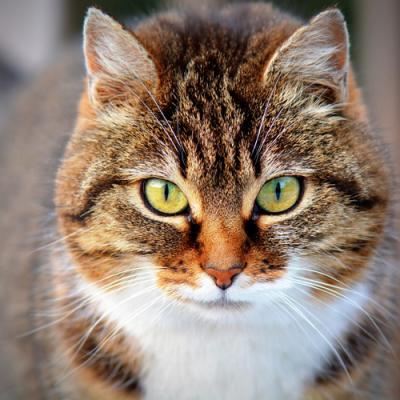 In March, U.S. Rep. Pete Sessions of Texas, chairman of the House Rules Committee, introduced a resolution to recognize "magic" as one of America's "national treasure(s)," backed by a 711-word paean urging all to "support and protect" the storied craft -- which needs to be "understood and promulgated," especially given that, according to Sessions, it "requires only the capacity to dream." Sessions made no link of magic to resolving other congressional business (such as, for instance, ending the string of 64 consecutive failed votes to repeal the Affordable Care Act). [Politico, 3-15-2016] [H.Res. 642]

People With Too Much Money: Residents on London's swankiest street (Kensington Palace Gardens), stymied in efforts to build upward on their relatively small lots, instead plan elaborate "basements" -- extending as far as five stories down, with elevators, swimming pools, gyms, climbing walls, and one even with a "Ferris wheel" for dialing up the resident's daily choice among his several cars. However, embassies are located on the street and have challenged the construction chaos as offending their sovereignty under international law. Recent restrictions limit the basements to one story down, but billionaire entrepreneur Jon Hunt's five stories are grandfathered in (though his "Ferris wheel" appears to have been shelved). [Washington Post, 3-4-2016]

Mystery fiction has always been a popular genre, but now, readers who prefer that their crimes be solved by cats have several series of brilliant felines to choose from. As The Wall Street Journal reported in February, the major controversy swirling at "cat fiction" conventions is whether the clever kitties should advance the plot by speaking. "We all talk to our pets," noted one best- selling author, "and most of us imagine the other side of the dialogue." (Among the sets boasting more than a million copies are the "Joe Greys," the "Klepto Cats," the "Cat Shout for Joy" suite, and the recently concluded, 29-volume run of "Cat Who" books, e.g., "The Cat Who Could Read Backwards.") [Wall Street Journal, 2-29-2016]

The Glasgow, Scotland, company Osdin Shield announced recently that it had designed for potential sale (for those relaxing, yet secure evenings) a fashionable yet bullet-proof sofa and upholstered chairs sturdy enough to protect against 9mm handguns, shotguns and AK47s -- with special marketing to hotels, embassies and government buildings. [BBC News, 2-25-2016]

A Perfect Storm of Vacuousness: In February, British marketing company Havas Helia tapped the "millennial" generation's obsessions with craft beer and data-driven knowledge, announcing the development of 0101 -- a brew created, it said, by social media messages. The company, "finding" that the generation appeared "optimistic," analyzed "thousands" of the generation's messages against 24 human emotions, which it translated to 38 particular emotional states, which were fed into the IBM Watson computer, which selected 10 existing beers, whose recipes were then cribbed to create 0101 (a "cream ale" with honey and two specific kinds of hops, tasting of "optimism, love, imagination, and gentle overtones of excitement"). [IDG News Service (Boston) via PC World, 2-10-2016]

Following a simplistic hack at the Internal Revenue Service that permitted several thousand tax returns to be illegally accessed and refunds commandeered, the agency created an equally porous "fix" merely copied from failed security elsewhere on the IRS website. According to a March Washington Post report, the fix admirably added one level of security (a personal PIN), but nonetheless allowed anyone to change another's PIN using publicly available information. IRS Commissioner John Koskinen told the Post that "only a handful" of taxpayers were victimized by the faulty fix (but later defined "handful" as "fewer than 200"). [Washington Post, 3-3-2016]

Murders are being committed over hair weaves, reported WMC-TV (Memphis, Tennessee) in March, with one likely explanation being a belief that a person who acquires tufts of human hair surely acquires the fortunes -- good or bad -- of the person who grew the hair. That is especially true of "virgin" hair from India, shorn for religious sacrifices ("tonsuring") before falling into the hands of agents who sell to Western women. Said a Memphis pastor, "A generation back or so," people were being killed over tennis shoes. "Now (it's) hair." [WMC-TV, 3-2-2016]

Infrastructure Blues: (1) A 5-year-old, slow-moving underground fire (beneath a Superfund cleanup site) is within 1,200 feet of a waste site for nuclear weapons near St. Louis, according to a December Associated Press report. The Environmental Protection Agency, of course, said not to worry, that the heat from the fire was not enough to ignite chemicals or trigger an explosion. (2) While America was outraged about the water in Flint, Michigan, the tap water in Crystal City, Texas (100 miles southwest of San Antonio) was suddenly as black and thick "as oil" and "stank," according to a resident. The city's water superintendent said the town had decided to clean residue from the system for the first time in "20 to 30 years." [Associated Press via Los Angeles Times, 1-2-2016] [KSAT-TV (San Antonio), 2-19-2016]

Reagan National Airport in Washington, D.C., disclosed in March that in 2015 it received 8,670 noise complaints -- but that 6,500 came from the same person (thus averaging 18 per day, every day). (2) Buddhist monk Julian Glew, 45, was arrested in September in Humberside, England, and later sentenced to 11 weeks in prison after he slashed (by his count) 162 tires in his neighborhood because, he said, he was angry that he had stepped on an insect and needed to be jailed. [Associated Press via WTOP Radio (Washington), 3-9-2016]

Needed Training Wheels: Timothy Broad, 30, was convicted in February of a November Clacton, England, convenience store robbery and jailed for more than three years. The balaclava-wearing Broad had pedaled away from the store with the money but managed to fall off his bicycle three separate times, in short order, in the process losing both the balaclava (from which his DNA was recovered) and all the cash. [Clacton Gazette, 2-15-2016]

Once again, public service personnel were disciplined for violating rules even though perhaps saving a life. In March, a captain and a sergeant in the Falmouth Volunteer Fire Department near Fredericksburg, Virginia, were suspended for rushing an infant girl (who was having a seizure) to the hospital in their fire engine despite rules requiring that they wait for an ambulance (which they ascertained was still 10 to 15 minutes away). The firefighters administered oxygen and delivered the girl safely to the ER 13 minutes after the 911 call, though she had suffered another seizure in the hospital's parking lot. Said the grateful father, "My wife and I feel terrible for the fallout ... to these two gentlemen." [WTTG-TV (Washington, D.C.), 3-6-2016]

India (especially in Bihar state) has been plagued by legendary school-cheating scandals -- with parents last year even seemingly re-creating the scene of the siege of the Alamo by using tall ladders en masse to climb the walls of a testing center to pass cheat sheets to students. In February, on recruiting day for prestigious army jobs in Bihar, wary officials administered written tests in a field with all aspirants sitting cross-legged and clad only in underpants, balancing exam papers on their thighs. Officials thus avoided needing to frisk the large number of applicants. [Agence France-Presse via The Guardian (London), 3-1-2016]

by Cara Suppa5/8/2019, 12:15 PM
All aboard the Beer Coaster as local brewers celebrate their craft

Quaff for a Cause at Ales for Sails