Be on the lookout for smiling Frenchmen and corn-shooting hermits. 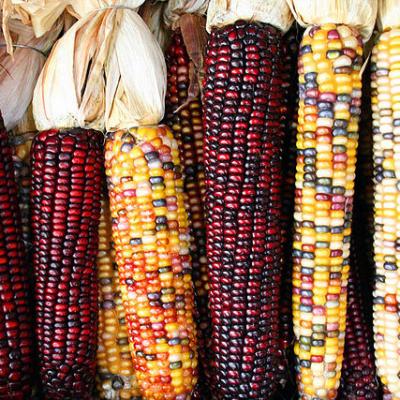 As nine states next month ask voters to approve some form of legalization of marijuana, a "new customer base" for the product pets was highlighted in an October New York Times report. Dogs and cats are struck with maladies similar to those that humans report in cannabis success stories: seizures, inflammation, anxiety, arthritis and other pain and subsequent social withdrawals. The "high"-producing THC element cannot be used because it is notoriously toxic to dogs, but other elements in the drug seem to work well not only for dogs and cats but, by anecdotal evidence, pigs, horses and domesticated wild animals. [New York Times, 10-8-2016]

In September, Charles Lawrence III, 60, was sentenced to eight years in prison for attempted sexual assault despite his claim that it was just bad eyesight that caused the problem. He had arrived at a house in Fairfield, Connecticut, to have sex with a male he had met online, but the event turned out to be a "To Catch a Predator" sting. Lawrence, an accountant, claimed that, in text messages with the "boy," he had seen "18" as his age, when, according to police evidence, the text read "13." (Bonus: Lawrence knew "Predator" newsman Chris Hansen socially and commuted daily on the train with him, according to Lawrence's lawyer.) [Connecticut Post, 9-2- 2016]

A 23-year-old woman on a bus in Istanbul, Turkey, was attacked by Abdullah Cakiroglu, 35, in September because, as he told police, he had become "aroused" by her wearing shorts. (Initially, he was not arrested, but after a protest on social media, police came to get him though for "inciting," not assault.) He told police, "I lost myself" because the woman had "disregarded the values of our country," and "my spiritual side took over, and I kicked her in the face." [The Independent (London), 9-22-2016]

Kevin and Tammy Jones opened their guns-and-coffee store in an old bank building in Hamilton, Virginia, in August, but despite the controversies about the ease of gun acquisition in America, their Bullets and Beans shop has had a harder time pleasing government regulators over the coffee than over the firearms. Kevin told Washingtonian magazine that there were no problems in getting gun-shop and firearms-instruction permits from state and federal agencies, but several local-government roadblocks delayed the coffee-sales permit: the property being zoned for "retail" but not food or drinks; permission to open certain businesses near residences; and a coffee shop's need to have "parking." [Washingtonian, 9-28-2016]

Oklahoma Gov. Mary Fallin declared Oct. 13 Oilfield Prayer Day to cap a statewide initiative of mass wishing for improved performance of the state's energy industry, which has been in the doldrums recently with the worldwide drop in oil prices. Though the initiative's founders, and the associated Oil Patch Chaplains, were largely Baptist church leaders, the governor emphasized that all religions should be praying for a more prosperous industry. [The Oklahoman, 10-1-2016]

In September, a court in Paris upheld France's government ban on people smiling for their passport and identity photos. One official had challenged the required straightforward pose ("neutral," "mouth closed"), lamenting that the French should be encouraged to smile to overcome the perpetual "national depression" that supposedly permeates the country's psyche. [The Guardian (London), 9-29-2016]

The baseball-like "pesapallo" might be Finland's national game, reported The New York Times in September, despite its differences from the American pastime. The ball is pitched to the batter but vertically, by a pitcher standing next to the batter and the batter runs the bases after hitting it, though not counterclockwise but zigzag style, to a base on the left, then one on the right, then back to the left. The game was invented in Finland in 1920 and has achieved minor notoriety, with teams from Germany, Switzerland, Sweden and Australia vying for a "world cup" that so far none has been able to wrest from Finland. (Reassuringly, however, "three strikes" is an out in Finland, too.) [New York Times, 9-27-2016]

Too Much Time on Their Hands: In an October profile of tech developer and startup savant Sam Altman, The New Yorker disclosed that "many people in Silicon Valley have become obsessed with the simulation hypothesis" that "what we experience as reality" is just some dark force's computer simulation (as in the movie "The Matrix"). "Two tech billionaires," the magazine reported, are "secretly engag(ing) scientists" to break us out of this alternative universe we might be trapped in. (One prominent member of the tech elite remarked at a Vox Media conference in June on how the "simulation hypothesis" seems to dominate all conversation whenever the elites gather.) [Business Insider, 10-3-2016] [The New Yorker, 10-10-2016]

Scientists from England's Bath University, publishing in a September issue of Nature Communications, report success in creating enduring live mice without use of a fertilized egg. The researchers showed it possible that a sperm cell can "trick" an egg into becoming a full-featured embryo without a "fertilization" process (in which distinct genomes from sperm and egg were thought to be required, at least in mammals). The scientists were thus able to "challenge nearly two centuries of conventional wisdom." [Science Daily, 9-13-2016]

The War on Drugs: (1) In September, police in Thurmont, Maryland, announced the culmination of a two-month-long undercover drug operation at the Burger King with two arrests and a total seizure of 5 grams of marijuana and two morphine pills. (2) On Sept. 21, as part of a six-target raid using "military-type" helicopters by the Massachusetts State Police and the National Guard, drug warriors halted the criminal enterprise of Margaret Holcomb, 81, of Amherst, seizing the one and only marijuana plant in her yard that she had planned to harvest soon for relief of her arthritis and glaucoma. [Frederick News-Post, 9-28-2016] [Daily Hampshire Gazette, 9-30-2016]

Couldn't Stop Myself: (1) Joshua Hunt, 31, was arrested in October inside St. Francis Hospital in Tulsa, Oklahoma, where he had gone to check on his 9-month-old son, who was being treated for an injury. Police said that while in the ward, he snatched another visitor's purse and took a cellphone and credit cards. (2) Brittany Carulli, 25, was arrested in Harrison Township, New Jersey, in October, charged with stealing a medic's wallet from inside an ambulance. The medic had allowed Carulli in the ambulance to grieve over her boyfriend's body after he was struck and killed by a car. [KJRH-TV (Tulsa), 10-6-2016] [WPVI-TV (Philadelphia), 10-3-2016]

Jeffrey Osella, 50, was arrested in August in Westerly, Rhode Island, after allegedly firing corncobs at his neighbor's house, using a PVC "potato gun," as part of their long-running feud. When Osella answered the door, officers said he was shirtless, with corn kernels stuck to his chest. (2) On Oct. 1, Michael Daum, 55, began his year in residence as the town hermit of Solothurn, Switzerland, having been chosen from among 22 self-entertaining applicants. The hermit will be required to maintain the town's isolated hermitage, but also, paradoxically, be called on at times to engage with arriving tourists. [Associated Press via Newark Star-Ledger, 9-2-2016] [The Local (Geneva), 9-27-2016]

Eating Well on Death Row: (1) Condemned Ohio inmate Ronald Post, 53, asked a federal court in September (2012) to cancel his upcoming date with destiny on the ground that, after almost 30 years of prison food, he's too fat to execute. At 480 pounds, "vein access" and other issues would cause his lethal injection to be "torturous." (Update: He won the sentence-commutation, but he died in prison in 2013.) (2) British murderer-sadist Graham Fisher, 39, is locked up in a high security hospital in Berkshire, England, but he, too, has been eating well (at about 325 pounds). In August (2012), he was approved for gastric-band surgery paid for by Britain's National Health Service at an estimated cost, including a private room for post-op recovery, of the equivalent of about $25,000. [Associated Press via Google News, 9-17-2012] [Daily Mail (London), 8-19-2012]