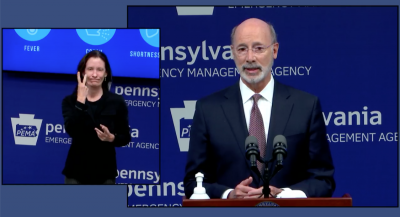 In his address Wednesday evening, Pennsylvania Gov. Tom Wolf sought to elaborate on the state's gradual reopening process, which is set to begin on May 8. "The initial benchmark we're setting is for the population to have an average of less than 50 cases per 100,000 individuals over the course of 14 days, in order to return to work."

As Erie County stands, its population is approximately 270K, with a total case number of 62 (with 27 active cases). 14 days ago from this writing, our count was 29. Located two hours from another major city, and with its own health department, by Wolf's metrics, Erie County seems primed to be one of these early locations.

He noted that they would also look at things such as testing rates, and the ability to investigate cases, contact tracing capabilities, and an area's proximity to high-risk cities or disease epicenters. State government is also partnering with Carnegie Mellon University who are developing a modeling tool to weigh multiple factors.

There will be three phases, much like traffic lights: Red, Yellow, and Green. 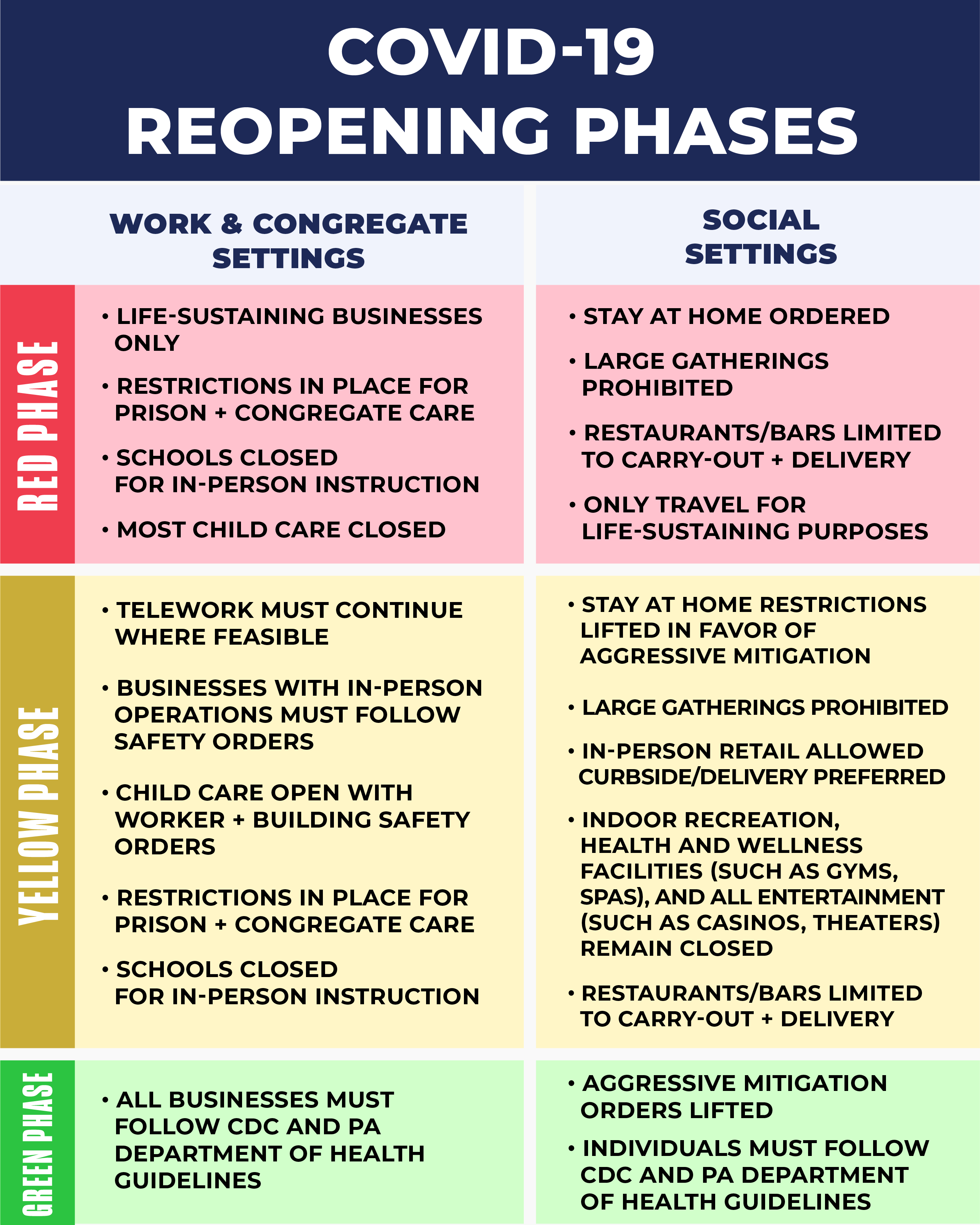 Currently, we are in the Red phase: Only life-sustaining businesses open, with Pennsylvanians staying home except to fulfill critical needs.

To move into the Yellow phase, Wolf stated that "specifically monitoring the north-central, and northwest parts of Pennsylvania." Based on the model, "with the goal of moving them to the Yellow phase on May 8.

The yellow phase is the first phase of reopening.

The Yellow phase would lift some of the business closure order. Under this phase, certain high-risk activities would still be excluded, such as opening schools, and would still restrict restaurants to curbside pickup and delivery only. Retail locations would be able to open "with protections in place for workers and customers." Large social gatherings will still be restricted, as well as gyms, theatres, and casinos. Telework and working-from-home will still be strongly encouraged.

According to governor.pa.gov, "The purpose of this phase is to begin to power back up the economy while keeping a close eye on the public health data to ensure the spread of disease remains contained to the greatest extent possible."

The Green phase would lift state restrictions, but still have CDC regulations in place. Namely, this would still call for universal masking.

"I will caution that we may announce a target date that will have to be pushed back due to new cases. Or we might reopen some businesses or some areas only to have them close again if the virus begins to resurge."

Wolf noted that "some of the statistics we're looking at are based on people staying at home. As we start to lift these orders, people will start to move around more freely and these numbers might change dramatically. We're trying to be prudent and careful, and we're trying to keep people safe, so May 8th, we think, is the soonest we can start to lift the orders, even in areas that right now look like they're doing quite well."

Some details are still being determined, for example, Wolf was unsure whether hairdressers would reopen under the Yellow phase.

For more information, go to governor.pa.gov/newsroom/gov-wolf-reopening-targeted-for-may-8-in-north-central-northwest/