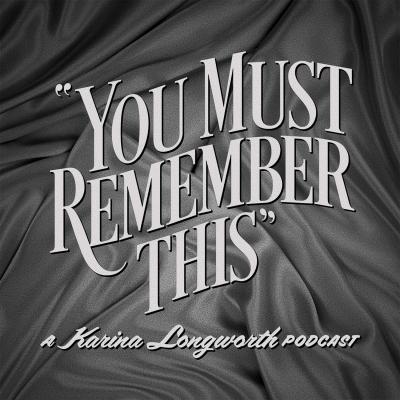 It's no surprise that You Must Remember This is one of the entertainment industry's most beloved podcasts of all time. In October of 2021, host Karina Longworth returned with a new season — this time featuring an ongoing series of episodes looking at the tumultuous history of Sammy Davis Jr. and Dean Martin, which recently concluded.

"Dedicated to exploring the secret and/or forgotten histories of Hollywood's first century," You Must Remember This presents well-researched deep dives into the movie stars and filmmakers of the 20th century. Longworth's production is top-notch, an audio bouquet combining music beds, audio clips, and reenactments, with her distinctly pronounced narration expertly at the wheel. While her intentional elocution is not only an ASMR delight, her captivating writing weaves together Hollywood history like no one else.

Introduced in April of 2014, the podcast came onto the scene fully formed. Interestingly enough, the premiere episode concerned the cosmic resurgence of Frank Sinatra in the early '80s, providing a link to its current focus on other members of the Rat Pack. With seasons centering around subjects like "The Blacklist, "Dead Blondes," and "Charles Manson's Hollywood" (a personal favorite of fellow reviewer Chris Lantinen), there's oodles to unpack for new listeners.