Q&A with Pains of Being Pure At Heart's Kip Berman

Talking about the chance to tour with a band he's admired, the Denver Nuggets, and being a huge music fan after seven years in the business

by Alex Bieler
View ProfileFacebookTwitterInstagramGoogle+RSS Feed
November 26, 2014 at 8:15 AM 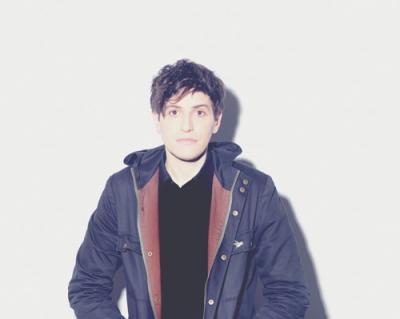 Many people dream of being a successful musician, but Kip Berman is one of the few who went from adoring fan to an on-stage star. Berman began his journey to musical fame back in 2007 with the formation of his band The Pains of Being Pure at Heart. What started off as a group with a few song uploads on MySpace turned into a critically-acclaimed shoegazey pop band that released its third album Days of Abandon earlier in 2014, leading Berman and his fellow musicians to tour around the world, including a Sat. Nov. 15 show with veteran rockers The New Pornographers at the House of Blues in Cleveland. I chatted with Berman over the phone about the chance to tour with a band he's admired for years, the Denver Nuggets' Kenneth Faried, and how he's still a huge music fan after seven years in the business.

Alex Bieler: You're touring with The New Pornographers. I remember reading that you were a big fan of Destroyer, so you must be pretty excited.

Kip Berman: Oh yeah. I'm a fan of The New Pornographers as well. I remember when Mass Romantic came out, I was living in this house in Portland [Ore.] with my cousin and the only record that all of the people in the house could agree on was Mass Romantic, so we listened to that a lot. They've gone on to make wonderful records as a group, and obviously the solo work of Neko Case, and A.C. Newman, and Dan Bejar, all of those people have made such incredible records, so it's an honor to get to tour with them and see how they go about their lives and music.

AB: In addition to being a musician, you seem to genuinely be a massive fan of music as well. What's it like being in the business as well as being a fanboy?

KB: It's true – although I wonder what bands are not fans of music. I don't understand how you can participate in something and not have a lifelong interest in it. It's such a weird concept to not have artists you admire and aspire to emulate, so I'm a huge fan of music and I always feel like an outsider looking in. We'll be playing a large festival or something, and I'll feel like I've been accidentally been given this backstage pass to this show I would have wanted to go to anyway, and then I'm up there on the stage playing too. I don't know if I'll always have that outsider's perspective to music, but I think I might because I've never really thought of ourselves as a real band, but at the same time, we've been doing this for seven years. I just feel incredibly lucky and fortunate that this has gotten to be my life. I don't think there's any reason that we've had the success that we do except that so much of it is luck and working really hard.

AB: So the whole sense of wonder hasn't worn off just yet?

KB: Oh my god, not one bit! Just the fact that I get to say hi to Neko Case and Daniel Bejar for the next seven weeks, get to play festivals with Blink-182 in England, and get to travel to incredible places around the world, I never… I mean, I went on a fishing trip with my grandpa to Canada once when I was a kid, but [other than that] I had never really left the United States until Pains. It never wears off, nor should it. It must be such a sad thing to have all of these wonderful experiences and not be able to appreciate it.

AB: Pains of Being Pure at Heart's third album Days of Abandon came out earlier this year. How have the new songs been translating to the stage?

KB: It's been really exciting to play these songs live. Whatever sonic differences our albums have from one to the next, they disappear when we play them live. We probably play the first record and it sounds better than what it did on the recording, maybe the new record sounds more raw, but they all meld into a consistent sound live in a way that you may not think they would just listening to the records because they're each distinct in their own ways. I like that; I like the ability to have different identities to songs live than on the record. I don't think people really want to go see a band just push play on a CD player and replicate it 100 percent. There should be something different in the energy or the arrangement of live music than on the recording because it's a different experience.

AB: When you see fans at shows, are there any people that remind you of yourself before you started Pains?

KB: I have a hard time even thinking we have fans; I think of them as people like myself who like our music. I don't see a huge divide between who I am and the people that come to our show at all. I see people that love the kind of sounds we make and I see people that I'd hang out with in real life, like "Hey, you're cool, want to grab a drink after the show or get tacos?"

AB: I was going through the Pains Twitter account before this interview, and I saw that you gave Kenneth Faried of the Denver Nuggets a shout out. Are you a big NBA fan?

KB: Oh yeah, Kenneth Faried is awesome. We were playing in Denver. The U.S. International squad this year was a little bereft of the traditional stars that you would expect. LeBron [James] wasn't there, [Kevin] Durant, Kevin Love were out for legitimate reasons. The basketball season is probably too long, and with the exhaustion that these guys face, you can't expect them to show up for every national tournament. But I was really psyched that Kenneth Faried totally picked up the slack and that he was totally psyched to be there. You don't really think of him as a traditional Dream Team amazing player because he doesn't score a ton of points, but he has a really good attitude and energy and commitment. And I like that he has spoken out in favor of same-sex marriage, which is a difficult issue for professional athletes to take a public stance on. I think it was really courageous that he was willing to engage in an issue that might seem like a bad business decision if you are really mercenary about it, but he was speaking from the heart. So yeah, I love him as a player, and he seems like a really cool person.

AB: He's a fun player to watch, one of those so-called stat-sheet stuffers.

KB: That's the thing: Everyone in the NBA has incredible talent, but there are always those guys who aren't going to make flashy moves or put up a bunch of points, but they succeed through real passion, dedication, and hard work. Bringing it back to music, that's how I feel about myself. I'm not Jimi Hendrix and I can't sing like Adele; I have a lot of physical limitations. I'm not Prince, but I feel that the most important thing is heart and songwriting, and if I do my best and work hard, we can make something special in this world.

AB: The Pains of Being Pure at Heart have been together for seven years now. Do you have any idea what the band is going to look like in another seven years?

KB: Well, older, hopefully, unless something really bad happens to me before seven years from now.

pains of being pure at heartkip berman