by Jay Stevens
View ProfileFacebookTwitterGoogle+RSS Feed
November 24, 2013 at 11:50 AM 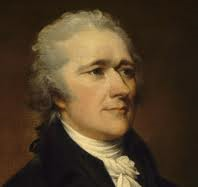 The doe-eyed radical and opponent of the Senate filibuster.

The latest sign of the impending apocalypse is that the Congress has gone "nuclear." The Democratic party has gone and had its way with us, just like a sex-crazed rapist.

That is, there's been filibuster reform in the U.S. Senate.

We've been over this ground before, but it's worth reviewing. In the early days, a small group of Senators could effectively block a bill by debating it – indefinitely. That's the filibuster. The Senate changed its rules so that 60 Senators could vote to end debate and bring a bill to vote – a procedure called "cloture".

In the 1970s, you didn't have to stand up and physically debate a bill anymore to filibuster – you just had to announce your intention to filibuster, and it was so. Debating and voting and all that messy business in the Senate took away from the Senators' real work, after all – fundraising. Making the process streamlined allowed Senators to do their Senate work and fund raise. Win, win, right?

The Senate being a gentleman's club, no one worried about the procedure being abused for political gain. And it wasn't, until the 1990s, when Senators in the minority realized they could block majority-favored bills they really didn't like. Still, the procedure was used sparingly – until 2006, when the Republicans suddenly found themselves the minority in the Senate and began to filibuster every bill that passed through Congress by Democrats.

And under an Obama administration, the filibustering only got worse. Republican Senators began filibustering President Obama's judicial and administrative nominees. A backlog of nominees for crucial governmental and judicial positions formed. The Senate got tied up in unnecessary morass of politicking over low-level nominees, as the Democratic majority needed to find ways to get 60 votes to approve of a Democratic president's appointments.

So the Senate changed its rules this week. No judicial or executive appointment can be filibustered.

"If Congress wasn't broken before, it is now," wrote the WaPo's Dana Millbank. "Washington on Thursday saw the consequences of running the country by apocalyptic threat: at some point, the nation's leaders might let the apocalypse happen," wrote Stephen Stromberg.

"All provisions which require more than a majority of any body to its resolutions," wrote one particularly doe-eyed supporter of Congressional majority rule, "have a direct tendency to embarrass the operations of the government and an indirect one to subject the sense of the majority to that of the minority."

That was Alexander Hamilton, of course, writing in the Federalist Papers. Clearly, the filibuster is not only obstructionist and bad, it's also on shaky constitutional ground. Requiring supermajorities, according to the Founding Fathers, should be reserved for only special occasions, such as overturning a presiden't veto or ratifying a treaty. Running the daily business by supermajority makes governing untenable, and the Senate has proven them right.

Was the Democrats' "nuclear option" too much? Hardly. It doesn't go far enough.

A Hazy Shade of Blue