Erie musician takes listeners of a journey of jazz 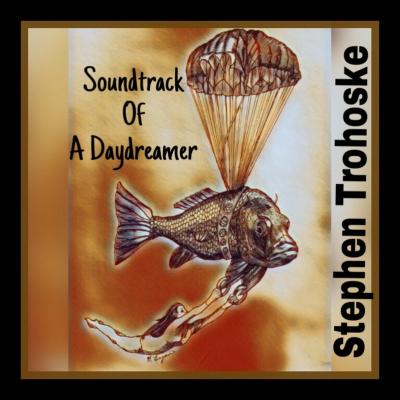 Soundtrack of a Daydreamer

A gorgeously lush jazz journey from one of Erie's favorite musicians, Stephen Trohoske's Soundtrack of a Daydreamer is at many moments, captivating. With the bassist as bandleader, Trohoske is joined by a cast of the region's best musicians. Tony Grey, Eric Brewer, Stix Thompson, Ian Maciak, and Leon Hughes comprise the core band for most tracks (with Stu Hainkey on drums from the second track). They're joined by horn players Allen Zurcher and Gordon Marshall, with Abby Barrett on strings. Not unlike Trohoske's live shows, musicians revolve in and out constantly on this record. As a whole though, the album is amazingly cohesive. Starting with the funky fusion of "7 Circles" with its standout horns, and finishing up with the spacey western rumble of "The Dark Passenger" the record goes by quickly and warrants multiple listens. The disco jam moments of tracks like "Yuri Gagarin" are not to be missed, with hypnotic buildups and releases, or the blissful sea breeze sounds of "91." Charles Brown and Elly Vahey's tracks (written by Astor Piazzolla and made famous by Grace Jones) fit well within the world of the album, adding their skilled tonal flavors to the mix. — Nick Warren