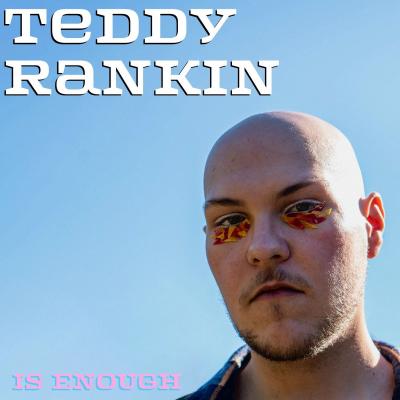 Teddy Rankin is many things, and it's quite the understatement to say that the exceptionally talented Erie songwriter is enough. That's just what Rankin's fifth solo album is called though. At home with the artist's humble nature, the title lightly underscores battles with self-worth and confidence that have run through his albums since the beginning. Rankin's gorgeous tenor voice and wise-beyond-his-years lyricism are as present as they ever were. The most significant departure on this album is its rich tonal explorations. Synthesizer lines and layered guitar effects make this the fullest-sounding solo album Rankin has made to date. It's a sound that he all but abandoned on his stripped-down albums Who the Heck Is and Omitting the Middle, and he's come back to it in full force, never being bogged down by too many elements happening at once. Rankin and company gave this album the rollout it deserved in late 2020, complete with music videos for three songs: "Eyes," "Out of Love" (both directed by Nick Humes) and "Tropical Depression" (directed by Morgan McCall and Ruth Zapico Mancebo). If you haven't explored Rankin's rich catalog yet, now's it's time enough at last.

Purchase and stream the album on BandCamp at teddyrankin.bandcamp.com