Spring is in the air, and in the beer. 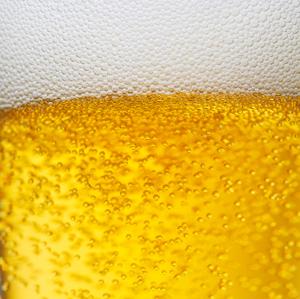 I love the intoxicating radiance of spring. We bare witness to the sensory explosion of warmer temperatures, blossoming vegetation, and birdsong signifying a world in transition. Nature's cycle begins again and agriculturalists prepare for a new season. The culture of brewing has always been fundamentally linked with agriculture and its subsequent harvest. Therefore, it's only natural that traditions are abounding with varied beer styles and ingredients to mark the passing of the seasons, spring being no exception.

Beer, like agriculture, is dependent upon environmental conditions, such as climate and season. Before the invention of refrigeration, brewers had only certain months out of the year to brew specific styles. For example, lagers generally ferment at colder temperatures (50-55°F) making summer inadequately warm to correctly brew that style. Besides warmer temperatures, summer also has more wild yeasts in the air, leading to increased incidences of infection, and hence, spoilage. This is the primary reason that summer brews are small beers meant to be consumed immediately. Through a myriad of reasons, pragmatic to superstitious, styles from Germany, France, and Belgium have stood the test of time and solidified themselves as internationally recognized spring beers.

While virtually everyone's heard of Oktoberfest lager, they might still remain oblivious to its estranged twin brother: marzen. Marzen translates to March in German and is basically identical to its world famous counterpart. Northern France has a similar version they call Biere de Mars. Oktoberfest and marzen lagers can be identified by their rich malty caramel flavor profile, which is seemingly absent of hops. These beers are brewed in late spring and cellared until fall but can be enjoyed beforehand. Germans also brew other lagers, such as maibocks and doppelbocks at this time, and while malty sweet, like marzens, they are much stronger in alcohol potency.

From the border of France and Belgium comes the saison, meaning season. Saisons can range in alcohol intensity, from 4 to 8 percent alcohol by volume and have a dry, mostly phenolic (peppery, spicy) flavor induced by Belgian yeasts at unusually high temperatures. They can also display tartness and what can only be described as "barnyard funk" This style is indelibly associated with farmhouse breweries as a refreshing reward for a farmhand's work.

Probably the most popular spring style is the wheat beer. Belgians have their "wit" or white beer seasoned with coriander and orange peel. Germans have their hefeweizens with clove and banana aromas. We Americans, well, we make just plain old wheat beer (though sometimes with fruit!) Wheat as an ingredient produces a full, creamy texture and mouthfeel while not contributing to alcohol strength. For the most part, wheat beers are unfiltered causing a hazy appearance and do not exceed 5 percent ABV, making them perfect session beers.

Here in the northwest corner of Pennsylvania, we are indeed sustaining a flowering crop of local craft breweries. And with each passing year, they too acknowledge the emergence of spring. With ingredients such as wheat, munich malt, orange peel, coriander, and Belgian yeasts, we begin to get a taste of...


Grab a FREE copy at one of our distribution points to read the rest of the column.