The Decemberists // I'll Be Your Girl

I'll Be Your Girl feels like a traditional sophomore slump

by Nick Warren
View ProfileTwitterInstagramRSS Feed
March 28, 2018 at 9:00 AM 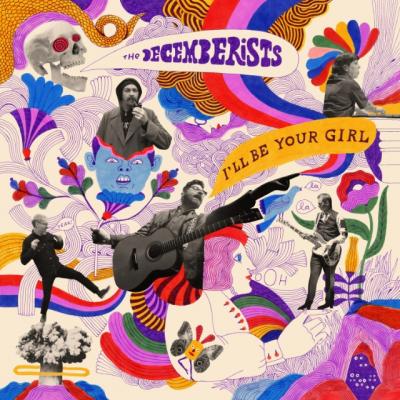 I'll Be Your Girl

Overall, The Decemberists are a fantastic band. In two different ways, what makes them great seems far in the past. This is the eighth full-length album by the group, and the truth is, the first four albums solely shoulder the weight of the band's greatness, while the latter half of their catalog fails to hit the mark. What the band truly excels at is sounding like they're out of place in time, hearkening back to sea shanties and story-songs that have been passed down from the 1800s. Putting a fresh spin on these sounds made them one of the favorite bands of the early 2000s for fans and critics alike. The first minute-and-a-half of the introductory song "Once In My Life" holds a lot of promise. Then the synths cut in. Perhaps only The Decemberists would find themselves with the unusual problem of sounding anachronistic to themselves. Eight albums in, I'll Be Your Girl feels like a traditional sophomore slump, with a misguided new direction. Colin Meloy and the gang still know how to sound gorgeous though, and there are plenty of melodies and layered orchestrations to enjoy, but it's certainly no Picaresque.
— Nick Warren

by Alex Bieler2/4/2015, 4:40 AM
Coming from a group that has dabbled in verbose musings into anything from Japanese folk tales to sea shanties, a simple, more relaxed release almost seems odd, but the results generally work.
The DecemberistsI'll Be Your GirlCapitol RecordsColin Meloy