The Way I See It: Introducing an independent perspective on the local news

Now up for discussion: Voter ID, city budget, and no new McDowell 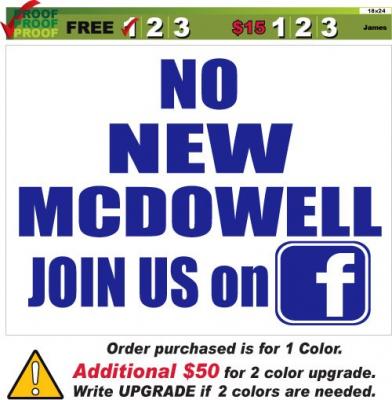 On any given day, our local community is overflowing with news stories that have some bearing on each and every one of us. Dependent upon your perspective, these issues can have either a positive or negative impact in your world. Some of them influence us more than others, and we believe those issues should have a continuous voice. This column is designed as an "in case you missed it" wrap-up of those issues and my reflections on them. It is the start of what I hope to be a long and lovely courtship with each and every one of you.

Voter-ID Law Lands Back in Court
As it currently stands, come November you're all going to need an ID to be able to exercise what was once just your constitutional right. Currently there is a legal challenge pending and Commonwealth Court Judge Robert Simpson has said he plans to issue a ruling the week of August 13 on whether the law is proper under Pennsylvania's constitution. The ID in and of itself is not my issue here – I have an ID; therefore, I have no problem having it with me. However, the more important issue, the one that goes hand-in-hand with it, is voter suppression. I hate to tell you this, but I can almost guarantee that many of those out there touting the need for IDs to vote aren't even getting to the polls themselves. You know how I know this? Because, statistically speaking, in a non-presidential year, Pennsylvania sees about 24 percent average voter turnout statewide. Locally that number is lower. I have a better idea, folks; why don't we find more ways to encourage people to vote instead of deterring them? What if 100 percent of eligible voters exercised their right to vote – can you imagine the world we'd live in?

City Budget Surplus
What do you get when you subtract 60,222,053 from 60,297,951? Well, if you're talking about a budget, we call that a surplus, my friends. In a mid-year financial report to City Council, the Mayor expects to end the year with close to $75,900 left in the general fund budget. Say what you will about our fair mayor, but a $75,000 surplus is better than a $75,000 deficit any day of the week. Isn't that what we all complain about anyhow when it comes to government – fiscal responsibility?

No New McDowell
It's been more than two years now that the Millcreek School Board began discussing whether to repair or consolidate McDowell Intermediate and High School. When the board met Monday, June 30, the group ultimately voted 8-1 to consolidate both schools. The cost, close to $100 million, would expand the Intermediate High School, demolish the Senior High School and build a new Gus Anderson Field on the east side of Caughey Road. The Facebook group, "No New McDowell," which currently has close to 1,700 fans, isn't giving up this fight though. Aside from whether you're a proponent of rebuilding or not, I don't believe the board handled making this decision in a responsible manner. The individuals involved had two years (33 meetings) to prepare for all the questions they'd receive regarding this project and in the end couldn't fully address the financial concerns that had been proposed. And although school districts in Pennsylvania will see a little money in education this year, they still face a growing crisis due to the major cuts in last year's budget ($860 million). And those individuals that voted in favor of this may not even be on the board when the tax hike comes into play six years from now. In addition, if you didn't realize, there's also an upcoming state moratorium on school construction reimbursements. I tried to remain open to the idea (I am a graduate of the school myself) and I'm always a proponent of growth and development, but in the end, the board really just didn't do their homework.

Love? Hate? Agree? Disagree? I want to hear from you. Email me at rstyn@ErieReader.com