Rebecca Styn once again lets us know how she sees things. 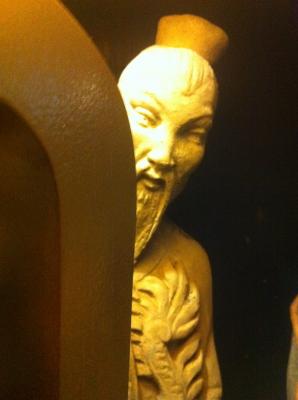 This past week, the Millcreek Township supervisors gave the go-ahead for the first step in the renewal of the West Erie Plaza. Although I personally haven't been around long enough to experience the memories many other local residents have – the Plaza has been around over 50 years – I do know that the area has been an integral part in many Erieites lives.

Much like the historic Boston Store, the plaza was filled to capacity with local businesses. Back in the early '70s, the strip claimed a variety of retail stores including: Halle's Dept. Store, Carter's Shoes, G.C. Murphy Co., Benson's Women Wear, Osiecki Music, John Filip Jewelry, and Singer Sewing Center. While many of these names may not sound familiar to you now, at one point they were renowned local retailers – many anchored in family tradition, and several who evolved over the years.  The Boston Store even had a freestanding annex near West 12th Street. And of course the Dipson's Plaza Theater turned West Erie Plaza Theater – where I fondly recall seeing many movies – served as the anchor of the facility.

But over time the plaza started to lose tenants, and today nearly half of the storefronts are empty. This past May though, an Erie-based investment group, VCG Properties purchased the Plaza with plans to revitalize the struggling shopping center.

The group is hoping to bring a more upscale mix of retail stores and restaurants, but they can't yet cite specifics.

"We want to bring the Plaza back to life, but in a completely different way," said Chris Conrad, managing director of VCG Properties. "We are hoping for a nice healthy mix of retail outlets and restaurants – from local and national groups that run the gamut of what a higher end shopping center would be – ultimately hoping to see more of a metro vibe. We want the individual's experience completely different – both in what they see in the architecture and what they experience with the tenants. We don't want a huge island of parking; we want to see more green areas that are more visually appealing for everyone. And hopefully, someday, we'd like to bring the theater back to life – but that is not part of our current plan."

The plan that was just approved includes development for a nearly 6,000-square-foot building that would initially include three tenants – and construction could be completed in the late fall. And although there have been rumblings of a possible residential component, Chris tells me, "we are not pursuing that at this moment."

VCG's Facebook page currently has over 600 "likes" and dozens of suggestions about what should go into the plaza.

Individuals from both parties are taking aim at Gov. Tom Corbett's plan to cut costs by diverting newly hired state and school employees into 401(k)-style retirement plans. What this means is that state and school employees would be forced to forgo nearly $11.5 billion worth in pension benefits over the next 30 years and the plan would ultimately save taxpayers more than $2.5 billion through 2043, compared to the cost of enrolling them in the present, defined-benefit pension plan.

Democratic State Treasurer Rob McCord has been a voice of opposition, and states that not only would the plan not save taxpayers money, but it would also cost more and reduce the return on investments needed to provide benefits for aging employees still enrolled in the current plan. McCord is also considered a potential challenger to Corbett's re-election bid in 2014.

Proponents say the argument is based on only half of the facts. They counter that the critics ignore the potentially huge savings from the proposal to reduce future pension benefits for current employees and the biggest portion of that savings would come from a reduction in the "multiplier," which is a percentage applied to an employee's years of service and final average salary to calculate the pension. While I have no personal connection to this plan, many of you do. So, Erie, what do you think?

Love? Hate? Agree? Disagree? I want to hear from you. You can email me at rStyn@ErieReader.com and follow me on Twitter @rStyn.