Erie Community Foundation event matches donors to nonprofits to the tune of $2.25 million 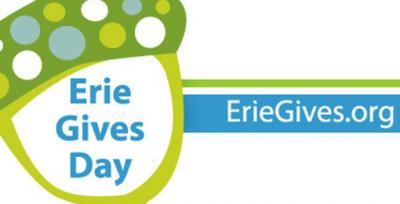 Erie's a lot of things. It's reported to be pretty unhappy. It's also said to be far beyond just a little chunky. And apparently we're pretty good at consuming libations -- professionals, even.

But we're also pretty safe 'round these parts from natural disasters. We've got some pretty spectacular sunsets of which no hyperlink can quite capture the glory and majesty. And really, there's potential abound -- if we're willing to work for it.

The Foundation for Free Enterprise Education netted the most money -- $163,237 -- while the Erie City Mission has the most amount of donors contributing at 367.

Spearheaded by the Erie Community Foundation, Erie Gives also provides a pro-rated match to the donations -- $100,000 coming from the Foundation, $50,000 from GE Transportation, and $25,000 from each Erie Insurance Group and Presque Isle Downs & Casino, totaling $200,000 in additional funds.

Nearly $2.3 million raised in just twelve hours, plus an additional $200,000 -- that's something we can really celebrate, and it's something that should serve as a solid reminder that despite our woes, struggles, and challenges, we're an even more generous lot than we were last year. And that's a very, very, very good thing, Erie.