Yes, we're Unhappy: Now get back to work!

This is a public service announcement: Don't be a Dick. 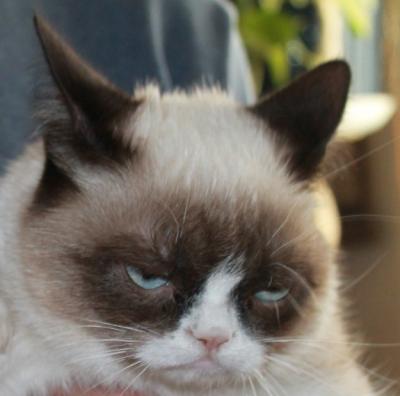 I have this friend – let's call him Dick.

Actually, we all know Dick.

Okay, you probably saw right through that shtick pretty damn quick, so I'll give it up: We're all Dicks. At least a little bit. And in particular, a lotta bit after word reached us Gem City denizens that we're the No. 3 Unhappiest City in the country right behind Scanton, Pa. and St. Joseph, Mo. taking the No. 1 and No. 2 spots, respectively.

And yes, I know I'm late to the game here, but it's probably because, well, the news didn't shock me. Maybe because five Pennsylvania cities made the list (hey, at least we weren't No. 1 of those!). Or maybe because I'm an embracer of the Rust Belt angst and grit I've grown up with, and like many others, I shrug off our ba humbug and find that there's happiness abound here.

But Erie – unhappy? The city that just had the worst winter since winters started winting? Nooooo… The city that's watching the painful molting of its former manufacturing shell into a great unknown?  Unhappy – you don't say?

Happy or not, Erie, like any other city, has it's critics. Hell, I'm one of them. Every chance I get to rip on the near-vacant Arby's Manors, I do, because I think they were a poorly planned and poorly executed idea – although I'm no urban planner and don't claim to be one. And when Erie tosses her historical buildings out with the evening trash, I sing the bemoaning song, because the best way to see into the future is often to look into the past to make calculated projections based on established trends – although I'm no preservation expert and don't claim to be one.

But in my opinion, based on my decade's worth of observation here, expensive condos shouldn't come with a side of beef-n-cheddar and historic homes should be preserved. But that's another argument for another day.

Rather, here's the thing: Combating our "unhappiness" by starting trends on Twitter to give us 365 days of happiness or creating support groups for each other is nothing more than narcissistic self-soothing. Just because you tell everyone at the party that you really are having a good time, doesn't mean they'll have a good time too. In fact, the people at the party you're yelling that to are more likely to disengage with you in conversation and take the party elsewhere.

And what about those standing out on the stoop looking inward deciding whether they'd like to even join the party? Or perhaps worse yet, those that weren't even invited.

This is akin to when you get trapped in a phone tree survey and you're given the option to rank your experience from 1 to 5, "5" being the most satisfied and "1" being the less satisfied. Repeatedly pressing "5" or pounding the hell out of the key won't undo all of those lightly tapped "1"s.

And keep in mind that the researchers of this study said something very, very, very important that seems to be getting overlooked:

"Our research indicates that people care about more than happiness alone, so other factors may encourage them to stay in a city despite their unhappiness. This means that researchers and policy-makers should not consider an increase in reported happiness as an overriding objective."

And let's not forget the main finding of this working paper:

"The analysis, co-authored by Joshua Gottlieb of the University of British Columbia's Vancouver School of Economics, suggests people may be deciding to trade happiness for other gains."

That is, if you want pure, unadulterated happiness, yeah, head to somewhere like Charlottesville, Va. or Rochester, Minn. where the stuff is apparently falling off of the tree faster than it can be plucked.

But if you want more – something beyond just happiness, a really, really, really subjective thing to measure if you ask me anyway – like affordable living and the chance to claim you lived in the snowiest city in the country, then check out the party in Erie.

Yes, our party needs some work and tending to. Someone's spilled a plate of chips on the carpet, and there's a wine stain on the couch. Being a Dick and distracting everyone with how much fun you're having, though, won't clean up either of those messes. So don't worry, be happy, don't preach it to everyone, and instead work on making this city a better city, not necessarily a happier city.

But that's easier said than done, right? Here's one that I'm sure is even harder: Why not be bold and take risks? Hang up some new drapes or knock down a wall to create an open concept for a new, different kind of party. Or at least propose changes and progress like this rather than snapping selfies and unplugging from real challenging world staring right at us.

After all, I assume Hoo-ville residents didn't just wake up one day and decide to be happy. Instead, they're working and living out the idea that C'ville is 'great place to live for all of its citizens'.

It's high time we did the same for Erie rather than merely covering up that wine stain with a throw pillow.

Ben Speggen is happy. And he's happy in Erie and isn't embarrassed to tell people that according to some study measuring some subjective quality of living that he lives in the third unhappiest city in America. He'd also like to apologize to anyone named Dick and remind them that he didn't create the shtick, but like many writers, he employs from time to time clichéd manners of communicating complex ideas in hopes of making them less cumbersome since we all speak cliché in one way or another. If you'd like to help him draft up some blueprints for a new open concept in Erie's party or pick out new drapes or to help make sure everyone even gets invited to the party, you can reach him at bSpeggen@ErieReader.com and follow him on Twitter @ERBenSpeggen.