You Ought to Know: Mary Moodey

Mary Moodey's MarMooWorks is a combination of everything she's been doing all her life -- and it's a life's calling. 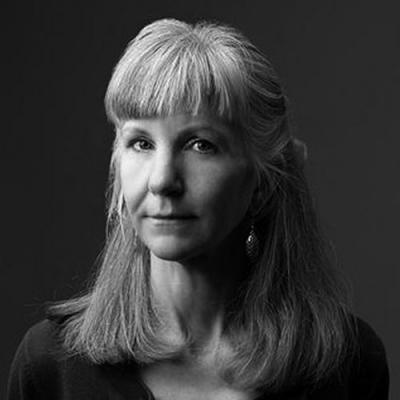 Everyone's life story unfolds differently. Some of us luckily know early on exactly what we want to do with our lives and take the necessary steps achieve our goals. More of us are not privy to such immediate gratification, continuing to search over time for the right job, the right career, the right path until we find something that clicks. And if we're eventually lucky enough, we find the type of work that makes us one of "them" – those people that always exclaim: I can't believe I get paid to do this!

Mary Moodey is one of those individuals who had to continue her search, but eventually did find something that more than "click" later in life.

Born and raised in Chicago, Mary grew up in a house where "arts lived and resonated in the walls." The daughter of a classically-trained pianist and geologist mother and a father who wrote, Mary later found a way to connect the love and passion for arts her family instilled in her to education.

Recently, Mary founded MarMooWorks – a business committed to promoting literacy, interactive reading, and a love for learning and language at an early age all by using traditional and technological art forms through the design and production of children's books.

"My venturing into MarMooWorks has been a combination of everything I've been doing all my life," she explains. "However, at first I didn't think about it this way. Almost three decades ago, a friend of mine, Dr. Jan Hyatt, co-founded an arts infused program with me called 'Monday School' – which was based in Meadville."

The mission of this program was to teach all educational subjects through various art forms – dance, music, art, etc… – as Mary believed teaching was its own art form.

"I had always believed – and I don't know why, maybe because I watched my mother teach and she was part of the open school movement – that the best way to teach would be through the arts."

When Jan and Mary met, it was immediately evident that they shared the same philosophy. "We started this program that combined movement, music, writing, and the visual arts.  At the end of each session, we all came together in what was called a 'group share.' The children showed off their work – which was always a work in progress. We were really big on the actual process – and I still am. Near the end, we would work on a piece that incorporated all the art forms, while learning all necessary subjects – that was written and produced by the children."

When Mary moved to Erie after her time in Meadville, she applied that same concept to teaching locally. "When I was teaching 3rd grade, I was covering all subjects. It just made sense to teach through arts. As an example, one group was studying the continents, and I used all the arts and developed it around a poem I had written."

At the time she was also doing her own writing and continuing graduate school. Afterwards, she was ultimately accepted as an artist in residence. "At that point I took some time off from teaching so I could work as a residence artist."

After her time off she went back to interviewing for educator jobs.

"I'd give these great interviews and I would think everything went really well, but then I wouldn't get the job," she explains. This cycle went on for a while, and ultimately, she found herself in what she called "not in the greatest space."

It was then when her younger daughter inspired her to look at her situation differently.

"That particular summer, my younger daughter Claire says, 'Mom, I wish you would stop seeing yourself as an educator and focus on your art and break your own boundaries. I've always worried about you – you always encouraged your students to take risks and instilled in them that they could do anything to reach their highest potential. My fear is you won't ever do that for yourself.'"

And so Mary did.

Shortly after, she also talked to one of her closest friends, Donna Douglass, about the conversation – a woman whom she believes is a kindred spirit of her daughters', even with the age difference. "She tells me, 'Hell, Mary, I've reinvented myself 21 times.' And as funny as that statement was, it really struck me." It was through those two conversations and the love and encouragement of her friends and family that she decided to start her own business.

MarMooWorks was based on the premise that learning to read begins at birth. "The company was developed to provide ways of reading that go beyond bound pages or apps. Learning to read begins with the opening of eyes and focusing on the contours of the face; it involves learning to read facial expressions, body language, listening to the sound – the rhythm – of language and the environment. And that is only after they have all those experiences, can children begin to decode an abstract symbol system."

Another important reason she decided to write children's books, she adds, is "because they're considered first and foremost for their illustrations – writing is secondary."

And Mary wanted children's books to feature writing as artful as any illustrations featured, because then children could also appreciate and play with the language – not fear it, but interact with it.

One of the features of MarMooWorks is the animated Apps, based on her books, which allow children to participate in drawing and writing their own stories. In addition, Mary presents books and innovative ways of reading that aren't just found in traditional print or in the App world. MarMooWorks Wooden Reads features books on restored and hand-painted, one-of-a-kind children's furniture, and MarMooWorks Readable Wear are essentially Books-that-Walk: children's clothing and accessories emblazoned with original story text, imagery, and a QR code that carries readers to the MarMooWorks website and StoryLine Blog, where readers become writers."

She also has a strong belief in collaboration.

"It is the act of sharing with others that possibilities and potential grow exponentially.

Karen Rzepecki, founder of reCap Mason Jar lids, and I are in the early stages of designing reCAPtivating stories: a new twist on reading." These are stories housed in jars topped with reCAP Mason Jar lids molded in the shape of a story image or character.

She also has worked with several local businesses. "In developing "Christopher Counts the Constellations," an animated interactive app that will soon be available on Apple/iTunes, she worked with Werkbot to make an eBook. Through grant money, she was also able to work with animator Brendan Miller at the StARTup Incubator at Edinboro University of Pennsylvania, which introduced her to a variety of artists and resources that have helped her develop her business and at a cost that has enabled her to survive and continue.

"All these collaborations bring reading alive. And with the way the current educational system focuses on core studies, I would never have been able to teach the way I used to anyhow," she says. "MarMooWorks evolved organically from all that I have been attending to over the past thirty plus years – ultimately becoming the next stage in my journey through life. And I hope this stage is huge – stretches into audiences I cannot yet see, and truly has a sound system that resonates."