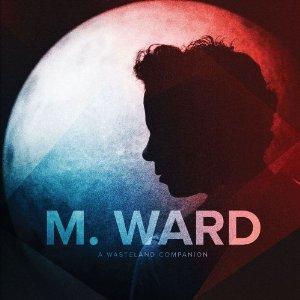 With a name like Screaming Females, it's no surprise that Marissa Paternoster and the gang like their music loud. "Ugly," the New Jersey trio's fifth full-length album, is true to its title, but in just the right way. Paternoster's nasal sneer won't endear the band to someone seeking a pretty voice, but rock has no need for American-Idol-type talents. The true star of the album is Paternoster's guitar work, a constant deluge of hooks and fills that would make Carrie Brownstein and J Mascis proud. From album opener "It All Means Nothing" to the nearly eight-minute "Doom 84," Paternoster's guitar squeals in stride with its master, constantly shifting from hard-hitting riff to jaw-dropping solo without ever slowing down. The album's 14 tracks run a bit long at 53 minutes, but "Ugly" manages to rock all the way through.
4.5/5
-Alex Bieler

Miike Snow
Happy to You
Republic

In a way, Miike Snow is a supergroup of sorts. Instead of being some of the top performers, the Swedish trio has made their name producing several Top 40 hits, from Britney Spears to Madonna. After having made their fortunes, the Swedes went from the sound board to the stage after releasing their eponymous debut in 2009. With that in mind, it shouldn't come as a surprise that "Happy to You" sounds expertly crafted. Chock-full of shimmering synths and marching snares, the album has a strong base, but every so often something sounds off. After the first few songs, the album seems to lack the excitement caught in tracks like "The Wave," although the Beatles-esque psychedelia of "God Help This Divorce" helps. Nothing may catch your attention quite like 2009's "Animal," but pop fans will find enough ear candy here to please.
3.5/5
-Alex Bieler

It's an age-old question asked around bonfires and barstools: if marooned on an island, what albums would you take? In that sense, the title of M. Ward's seventh LP, makes total sense in the Ward catalogue. Perhaps better known as the 'Him' in She and Him or as one-fourth of Monsters of Folk, Ward works there in the background, tooling the finer intricacies of songs. Here he compiles tunes artfully crafted yet widely varied that that becomes both the strength and weakness, as listeners can easily enjoy the album's broad approach but may connect with individual songs more than the collection. Opener "Clean Slate" followed by "Primitive Girl"and "Me and My Shadow," cements Ward's place as one of the best folk guitarists in the business, and the string arrangement in "Crawl After You" show his ability as a true composer, making this a good listening companion no matter your location.
4/5
-Ben Speggen

No, Alabama Shakes is not what you get after downing too many Alabama Slammers. Well, maybe it is, but Alabama Shakes is also the name of a quartet of Athens, Ala.-based indie rock/blues musicians led by the impressive Brittany Howard. Howard's searing, soulful, smoky, smooth, often screamy vocals are a potent mix of Amy Winehouse, Janis Joplin, and Dan Auerbach garnished with a hint of Joe Cocker's delirium tremens and stirred together with her Gibson SG. The Shakes became an overnight sensation in the blogosphere last summer, and after falling under the influence of Drive By Truckers, served up this debut album on April 10 – a 12-pack of strong original tracks. Take a sip; this album goes down smooth and leaves a warm, lingering aftertaste without the retro-soul hangover.
4.5/5
- Cory Vaillancourt

by Bieler-Speggen-Vaillancourt3/5/2014, 6:42 AM
Beck and St. Vincent plus two local albums reviewed for your listening pleasure.

by Bieler-Speggen-Vaillancourt10/30/2013, 6:36 AM
Three local albums are featured in this foursome of listening delight.

by Bieler-Speggen-Vaillancourt8/21/2013, 8:19 AM
Three writers reviewed four albums for your listening pleasure.

by Bieler-Speggen-Vaillancourt1/23/2013, 2:55 PM
New stuff from local acts Greg Sorce and Lori Burke, as well as Yo la Tengo and Christopher Owens.