Looking at the future of Erie's Democratic Party 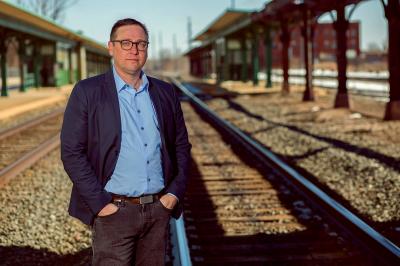 The past few years have been difficult for Democrats inside the political arena. They've been difficult for folks standing on the sidelines as well. Vitriol, derision, and animosity have come to characterize politics in the United States. The worst part is that these have been the defining characteristics of intra-party politics just as much as they have defined the partisan lines between Democrats and Republicans.

For Democrats, in particular, it's cost us dearly.

Between 2010 and 2018 in Erie County more than 7,800 registered voters left the Democratic Party. Nearly 3,500 of them left the party and became registered Independents and nearly 2,400 registered as Republicans. Some of them just simply left.

The changes in voter registration were further compounded by the aforementioned intra-party schisms, which ultimately led to the election of Donald Trump in 2016. That dark night gave way to conservative immigration reform, the separation of families at the border, Supreme Court rulings that affirm the sanctity of a slice of wedding cake rather than the love of the two men who wanted to share it, the critical weakening of organized labor resulting from the High Court's decision in Janus v. AFSCME, and the recently announced retirement of Justice Anthony Kennedy, which will undo the balance of power on the Supreme Court for decades to come.

Democrats will not soon forget the importance of unity.

The factional differences between Bernie Sanders' Progressives and more traditional Clinton Democrats still linger within the Democratic Party. We're feeling it across the country as Progressive Democrats, many of whom are backed by the Democratic Socialists of America, are defeating incumbents and party-backed candidates near Pittsburgh, Philadelphia, and New York City.

I'm excited for the opportunity to lead and I am humbled by the challenges we face as Democrats, in general, and as Erie County Democrats, in particular. The concept of unity within the party weighs heavily upon my decision making as the party evolves, expanding its base, speaking directly to and creating space for young people, African-Americans, New Americans, Organized Labor, LGBTQIA, and working families of every design. The ideological differences that have pushed us apart in recent campaigns are easily overcome by the principles of the Democratic Party — living wages, affordable healthcare, educational and occupational opportunities for everyone, voting rights, and common sense reforms — which brought us together begin with.

These are times of renewal, as well as change.

In the last days of his 1960 presidential campaign, John F. Kennedy remarked that "the times are too grave, the challenges too urgent, and the stakes too high to permit the customary passions of political debate. We are not here to curse the darkness, but to light the candle that can guide us through that darkness to a safe and sane future."

We find ourselves at such a moment once again.

The New Deal. The Great Society. Each inspired generations of Democrats and enabled the betterment of millions of Americans urban and rural, rich and poor; yet today the promises of these remain largely unmet because past successes have been eroded and in some cases forgotten by decades of legislative and legal assault.

It's fundamental to the future of Pennsylvania and the future of the Democratic values we hold most dear that we re-elect Governor Wolf and his Progressive running mate, Braddock Mayor John Fetterman; and that we re-elect Senator Bob Casey; and that we christen our new 16th Congressional District by electing a new Congressman — Ron DiNicola — and that we pay tribute to the legislative legacy of Flo Fabrizio by electing Bob Merski as the 2nd District's next State Representative.

by Ben Speggen5/23/2018, 11:45 AM
What to take away from the primary upsets and landslides leading to midterms

You may have disagreed with any one of these gentlemen on a single issue or policy, but at the end of the the decisions they make will represent the values you hold dear. Staying at home because your candidate didn't make it through the primary is not an option. It's a lesson we learned too late in 2016 and it is a mistake we can never make again.

Democrats may approach the fundamental issues of our time from different vantage points, but the goals remain the same: to build better communities and a stronger country by providing access to education and opportunity. Our shared purpose will inform our actions and civility will be our guiding light.

Kennedy's inauguration speech in 1961 was titled, "The torch has been passed to a new generation of Americans." It was a message to multiple generations of Americans who wanted similar things but believed in different means. The world had changed. The stakes were high. His speech was an attempt to inspire unity. When he reached the bridge of his message just before his refrain of "let both sides," he spoke to his and to those who would believe only in the stagnant ways of the past to remind them "that civility is not a sign of weakness, and sincerity is always subject to proof."

Jim Wertz is the Chairman of the Erie County Democratic Party. He can be reached at jWertz@eriedems.com and you can follow him on Twitter @jim_wertz.