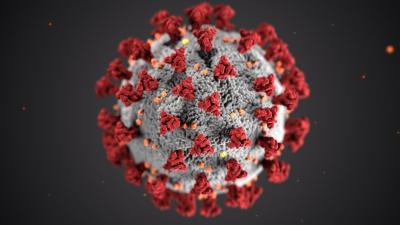 Erie County Executive Kathy Dahlkemper reported five new positive cases of COVID-19 today. This brings our cumulative total to 332 positive cases, with 5,967 negatives. So far, there have been 218 recovered cases – with 28 recoveries reported yesterday – for a total of 108 current active cases. So far, there have been six deaths of Erie County residents reported due to COVID-19, though the state is currently reporting five.

Erie County's cumulative positive case total has more than doubled since May 20. By our math, there have been 141 new cases reported over the last 14 days, for a ratio of about 51 cases per 100,000 people in the last 14 days – down one case per 100,000 from yesterday. One of the state's thresholds for returning to the Red phase – in addition to several other factors – is a new case count of over 50 per 100,000.

In Pennsylvania, there were 443 additional positive cases reported today, for a total of 74,385 total cases. So far, there have been 5,886 deaths statewide, with 69 occurring since yesterday. 424,201 patients have tested negative to date, with 7,259 tests since the previous day. So far, 70% of PA's positive cases have recovered (up one percent since yesterday).

Erie County's positive cases account for 0.44% of the state's cumulative cases (for a 1.32% decrease from yesterday).

Crawford County remains at 30 positive cases, with still no deaths being reported. McKean County has 13 cases (up one), and one death. Venango County now has 15 positive cases (up five), seeing their largest single-day spike yesterday. Warren County holds at five cases.

Ashtabula County has a total of 369 positive cases (up 22), with 65 hospitalized (up one), and 38 deaths. Chautauqua County reported no new cases, for a cumulative total of 97 positive cases and six deaths.