by Nick Warren
View ProfileTwitterInstagramRSS Feed
May 12, 2020 at 2:24 PM 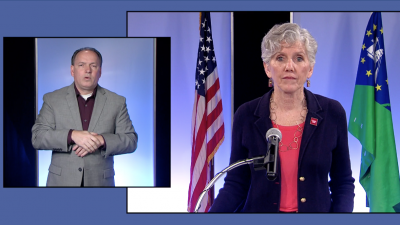 Erie County Executive Kathy Dahlkemper reported that there were two new positive cases of COVID-19 in the county. Both of these individuals are in their 20s who reside in the same home, in Zone one (the City of Erie). This brings the cumulative number of positive cases to 122, with 2,734 negatives. There have been 97 recoveries for a total of 25 active cases. To date, there have been two deaths of Erie County residents due to COVID-19.

In the surrounding areas, Crawford County stands at 21 positive cases, while McKean County now has eight cases, an increase of two – with its first new cases since April 29 – with one death recently announced. Warren County is still at one case (no change since April 3). In its first time being mentioned by Dahlkemper in her daily press conferences, Venango County has seven positive cases (the county's first case being reported on March 29).

Statewide, there were 837 additional positive cases, for a total of 57,991 total cases. So far, there have been 3,806 deaths statewide (with 75 reported yesterday), and 237,989 patients who have tested negative to date.

Dahlkemper acknowledged the two "model businesses" of the day, who are following precautions impressively: Dick's Sporting Goods, and Cold Stone Creamery, both located near the Millcreek Mall.

R. Anthony (Tony) Snow, M.D., medical director of the Erie County Department of Health, joined Dahlkemper for the first time via Zoom. Snow began by thanking the entire Erie County community, with its excellent statistics, having a 1.6% mortality rate compared to the usual rate between 5 and 6%. "The reason that is so extraordinary is because of the wonderful work of our County Executive working with Mayor Schember, the health systems, and our wonderful public health officials, and without a doubt, the community at large who have embraced the recommendations of that body of individuals" he praised.

Snow spoke to the importance of masking and the new normal practices that must be followed, often in spite of growing anxiety. He underscored that he was still proud of Erie County's efforts, noting that "we have proved that we can make a difference when we work together, as we proved in those several weeks from March to April. As we go forward, we too can overcome the ravages of this virus by not forgetting the things we do together, and by each taking individual responsibility to do our part to look out for everyone, so Erie County can continue to be healthy and safe as we go into the brave 'new normal'."