Recent quotes from GE in the Erie Reader exposed as corporate hypocrisy. 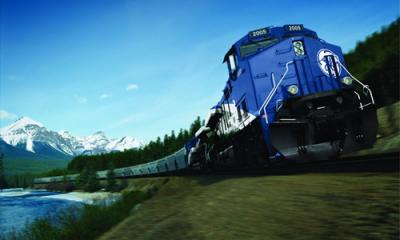 There's a line in Pink Floyd's "Dark Side of the Moon" album that goes something like this:

"...and if the band you're in starts playing different tunes, I'll see you on the dark side of the moon."

When our writers talked to GE a while back, all was harmonious; but after today's announcement regarding 900 coming layoffs, we learned that they're singing a different song nowadays. And, apparently, the dark side of the moon is in Texas.

Way back in Volume I, I talked to Stephan Koeller, then director of communications and public affairs at GE Transportation, about the proposed community college. Here's what he had to say about the new Texas plant: 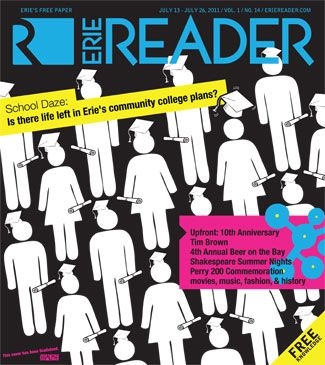 footprint and complement what we do in Erie has nothing to do with the proposed community college."

Perhaps it doesn't have anything to do with our still non-existent community college, however, the last time I looked, "complement" and "eliminate" are spelled differently, and are therefore two different words with two different meanings.

And, also way back in Volume I, Mark Toriski and I covered GE Transportation's "Year of Renewal" and spoke extensively with Koller on a number of topics. Here's what Koeller again had to say about the new Texas plant:

"We are expanding our operational footprint in the U.S. It's a very exciting time. This new plant is really to complement what we are doing here, but also to mitigate risks of being a sole supplier."

Also, below I've reproduced a particularly insightful section of our GE story with some truly startling economic facts that will certainly have a lot of people moanin' the blues:

"General Electric's been here over a hundred years, and has been a mainstay, obviously from employment, but what people don't realize is all the spinoff industries," says [County Executive Barry] Grossman. "There are a lot of little, small companies around here; General Electric is their major customer. Now, if the GE plant left, most of that work would disappear as well."

Koller agrees. "We maintain relationships with more than 100 suppliers in Erie County. For every job we create here, there are three additional jobs tied to it throughout our supply chain." 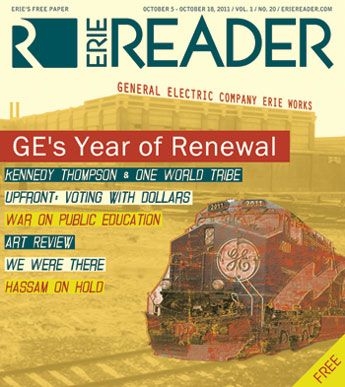 Thus, the 5,000 jobs here in Erie (part of the 10,000 employed worldwide by GE Transportation) generate another 15,000 jobs that would most likely disappear. Those jobs, however, are not the only thing that would disappear; GE supports one in 11 jobs here in Erie County - jobs not directly related to the company's manufacturing activity. Just to put that in perspective, imagine every business in Erie County immediately losing almost 10 percent of their customers, 10 percent of their revenue, 10 percent of their profits, and 10 percent of their jobs. Theoretically, 10 percent of all of the area's businesses would fail and shut their doors - dry cleaners, auto dealers, taverns, clothiers, all of them. That 10 percent represents the disappearance of roughly $3.6 billion from northwestern Pennsylvania's economic activity. Throughout Pennsylvania, GE Transportation is responsible for $1 out of every $130 in the Commonwealth's economy; revenue from the all of the Commonwealth's pro sports teams combined, as well as revenue from the mining, oil, and gas extraction industries could double in size, and still wouldn't replace those dollars.

So, after years of assuagement on the part of GE Transportation, it's now clear as a bell: Despite their century of investment in our community, it seems like the fat lady may be singing.