Jenny Lewis // On The Line

An album that deserves celebration 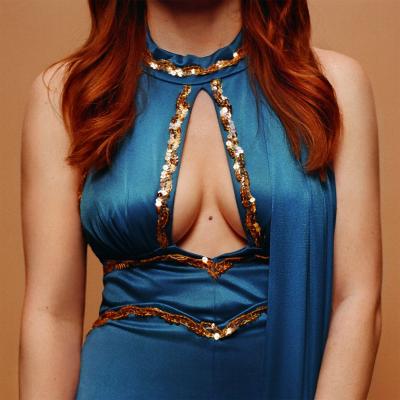 Jenny Lewis is a treasure. At this point, it shouldn't feel shocking how consistently amazing she is, but it is. It's been five years since she released The Voyager. For most artists, a break like that is not a good sign, but for Lewis, it didn't slow her down at all. Concocting a pop-rock recipe with dashes of country and indie, the music Lewis is making isn't groundbreaking, it's just very well done, and that's okay. In fact, it makes it all the more refreshing. Despite the case she makes in the album's second track, Lewis has not, in fact, wasted her youth. Starting out as a child actress, Lewis landed starring roles in movies like Troop Beverly Hills and The Wizard. Defying the standard Hollywood path, she gained mountains of indie rock cred fronting Rilo Kiley in the 2000s. In 2006, she recorded her first watershed solo record, Rabbit Fur Coat, with help from the Watson Twins, blending alt-country harmonies with modern sensibilities, also lending her talents to Jenny & Johnny and Nice As Fuck. With a resume like that, you'd think maybe she had done enough, but one listen to fiery tracks like "Red Bull & Hennessey," and you'll be glad she hasn't. — Nick Warren

Amanda Palmer // There Will Be No Intermission