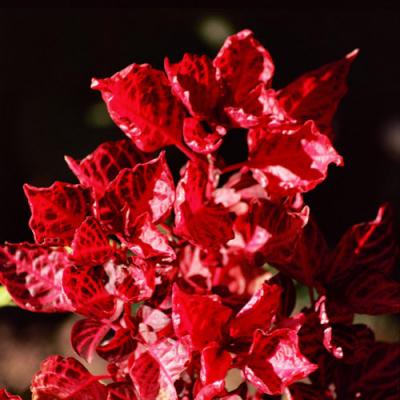 For years I lived downtown on West 10th Street, in an old apartment carved out of an older house. Someone once asked what I liked about living there. "The trees," I replied unhesitatingly. Tall and stately and established, those trees and the dwellings they shaded created an authentic, soulful atmosphere; the polar opposite of character-free prefab suburban townhouses that developers erect ad nauseam.

In spring, especially at the turning of a month, the street would be lined with castoffs on garbage day, some of which I'd have dragged home for repurposing, if I'd had anywhere to store them. Someone was always moving out, and someone was always moving in. But despite the transience, the area still felt like a neighborhood – one where you could wander for hours. And because I worked at night, that's how I filled many days.

I'd often end up at the Erie Bookstore, then housed in the ground level of Lovell Place, with welcoming light from high windows. I loved to meander among the used books and imagine who'd held them before, where they'd been taken in carry-ons, what they'd stirred in previous readers.

Poetry Scene used to be held there on Friday nights, and one night I nervously got up and read my clumsy lines to a group of generous fellow language lovers. My sweaty fingers trembled the printed-out page I'd brought to read from, smearing last-minute edits I'd made. But I got through it, and understood better the courage a poet must gather, even when alone at a desk.

One afternoon at the Erie Bookstore, I opened Alan Michael Parker's book of poetry Days Like Prose, and stood there in awe as words arrowed into my heart. I bought a copy for myself and the man I was falling in love with – and now two copies live in our house.

Parker has since become widely renowned in the world of letters. But 20 years ago, when this debut collection was published, he lived in Erie and taught at Penn State Behrend. Surely our landscape had something to do with his transcendent words.

In a few selected lines from "Alchemy," Parker writes:

On the first good day of yard work

winter pours from my body

soaks my shirt with its brine.

… My fingers wriggle in new workgloves,

itching to do a little digging, to join

the earthworm's long, dark translation of the world.

… Here for a moment, mine

is a small lot: I only

turn the soil, and often

fail to recognize what I uncover.

… the garden begins as

a patch of dirt:

As an apartment-dweller I longed for my own small lot, especially in spring. I'd walk by purposeful homeowners out working in their yards, their winter-pale cheeks flushed with fresh air and exercise and renewal. But I'd never thought of yard work as poem fodder.

You could say that poetry elevates the mundane. But more accurately, poetry reminds us that there's no such thing as the mundane. That a riot of sensory and emotional details surround us at any given moment. Ours for the taking, if only we would notice.

You could say that poetry elevates the mundane. But more accurately, poetry reminds us that there's no such thing as the mundane. That a riot of sensory and emotional details surround us at any given moment. Ours for the taking, if only we would notice.

No wonder April is National Poetry Month. Writing a poem is an almost-too-easy avocation in spring, in the midst of blooming and birdsong and rampant rebirth.

But I never get the rake or shovel or hoses out for the first time of the year without thinking of Parker's "Alchemy." And remembering how I once longed to be who I now am.

Anything can happen, indeed.