Lake Effect Shows: Climate Changes in the ?All Age? Scene.

There's a change in the air for the "all age" scene. 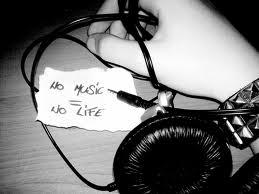 It was not so long ago you could walk into Forward Hall or The Hangout on a Friday or Saturday night and be greeted by the backs of 300 people with their eyes transfixed by the bands on stage. When the music stopped, chatter filled the void. There were kids shaking hands, giving hugs, browsing the latest demos and LPs, talking about school, talking about the music. It was a place to hang out, hook up, and harvest creativity.

Over the past few years the "all age" music scene in Erie has dwindled dangerously close to its demise. The musical generation who passed the torch to the city's present "all-age" scene now fills the bars, and the venues these recipients should be frequenting sit empty like old beer cans, cold, empty, and forgotten.

"Maybe I'm just nostalgic," Linda Morrison says with a halfhearted smile and a slight shrug. "I knew if I wanted to see live music, I would go to Forward Hall. That was just the thing to do." Forward Hall (2502 Peach Street) was once a high school rocker's musical Mecca. Now in charge of Forward Hall events, Linda is determined to keep the building's rich musical history alive, but how? "Kids need to own it," she answers. "When I was in high school [promotion] was all word of mouth."

McLane Church – the previous owners of The Hangout – have services every Sunday in Forward Hall, hence the recent renovations. Linda goes there herself. "[But] charging people to get in [for shows] when you're a church is weird," she remarks. "I don't want [Forward Hall] to be a 'for-profit' thing ever." However, between paying the bands and the sound guys, she has had to dip into her own pocket to keep the place afloat. On top of promoting she organizes volunteers, bakes muffins, and brews coffee so these "all age" events can be a success. But Linda sighs, "If no one comes, it's really not worth it."

Despite the most recent drop in interest Linda has had a taste of success hosting open mics. "When we started we probably had about 150 people come." Judging by last January and February, Linda believes the winter months bring in a larger crowd.

The freshest addition to Erie's "all age" scene is Basement Transmissions (1501 State Street). It's small but charming, rustic but artsy, loud but comforting. Bob Jensen, owner of Basement Transmissions, has a perspective on "all age" shows that strangely matches his venue: realistic, yet optimistic. "We have had some of the worst [shows and open mics] and we've had some really outstanding ones." By "worst" he is not referring to musicianship, but turnout.

Although, maybe the "all age" scene is beginning to come up from the bottom of the bell curve. "The scene is far from dead. The scene is thriving actually, and getting better all the time," Jensen says with full sincerity. His sentiments are shared with local "all age" rocker Andrew Dolan, Good Weather for Ducks' front man. "I think [the 'all age' scene] is better off than it was." Inevitably though, the bars come knocking. "We're starting to get out of [the "all age" scene] because the bars are hiring us now," Andrew says. "It's nicer because we have some really good crowds." Generally the bars draw a bigger crowd simply because the audience can catch a buzz while they're there, not to mention 21 and up venues can afford to pay the musicians more since liquor is a money maker.

"[The 21 and up crowd] forget that rock 'n' roll can be fuelled on just passion alone," says Jensen. Linda and Bob both agree that the absence of alcohol makes "all age" shows a harder sell. Because both places have a "no alcohol" policy the profits and the audience are meager. But music should not always have to be about booze.

These places foster creativity, culture, and change. That is the ultimate ambition of both venues. "The main thing here is creativity," Bob confirms. "It is our goal to juice out every drop of creativity from every kid that comes in here." Linda too, thinks these "all age" venues are important for the community. "We want to provide a place for people to come and hangout that is an 'all age' environment . . . to listen to music."

Promotion is key here; the "all-age" scene thrives on the public's word of mouth, the distribution of fliers, and organization. So go out, if the "all age" scene is finally backing off the ropes, then let us make sure it comes back swinging hard. After all, winter is coming, and we're all young (at least at heart), not to mention bored. See the up-and-comers and warm up with a pint of good old fashion passion. Young or over 21, we can all do our part to return the "all-age" scene to its glory days.

by Matt Flowers1/22/2014, 6:30 AM
Do you still support the Kanzius Cancer Research Foundation after leading research Dr. Curley was charged with a felony and Therm Med's patent was sold to a super-green Colorado based company?

by Matt Flowers1/8/2014, 8:16 AM
Celebrating and Recognizing the Talent Pool that is the Erie Music Scene

by Matt Flowers12/11/2013, 7:52 AM
What would you like to see most at the Scott Enterprises-proposed Harbor Place?

by Matt Flowers12/11/2013, 7:09 AM
Both Erie Vinyl and VinylMiners.com give Erie collectors space to talk discs.